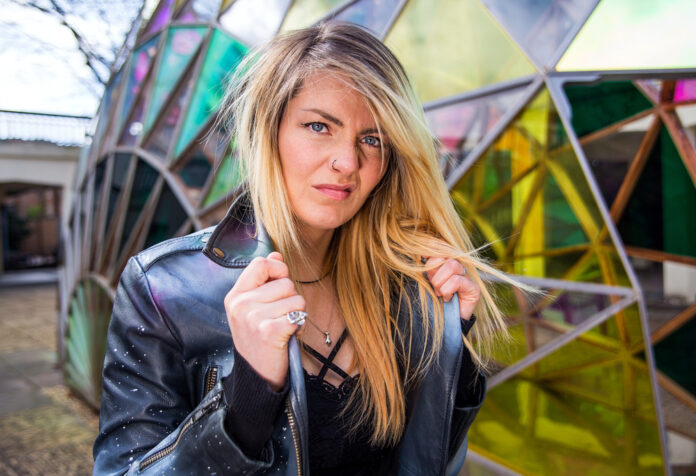 Infectiously energetic, empowering and badass are some of the words used to describe the dynamic melodic alternative rock/pop force, “REWS” helmed by the multi-instrumentalist Northern Irish songstress, Shauna Tohill and a revolving cast of musical friends.

Following the success of her latest 2022 release “Pretty Face” supported by BBC Radio 1, Kerrang! Radio and Amazing Radio, Shauna is back and sounding heavier than ever with the riff-laden “The World That You Left Behind”.

“Ah! I’m ecstatic about finally releasing this song!! It’s got so much energy, riff’s for days and a great message!! I wrote it with a great friend of mine from NI, Cahir O’Doherty (New Pagans). It is a song that journey’s through how we can support those people in our lives who get carried away with negative thoughts and feel utterly lost and alone.  Hopefully the song will provide a nice audio net for people to fall into at times of need, so they know they aren’t alone!”
– Shauna

REWS is building upon the success of previous music releases, which led to critically acclaimed performances at Glastonbury Festival, NAMM and “She Rocks Awards” (LA), Mad Cool Festival (Spain), Music China (Shanghai), Eurosonic (Netherlands), Isle of Wight Festival, Kerrang! Riffmas party and Boardmasters as well as extensive touring across the globe, including support tours with legends; The Darkness and Halestorm.