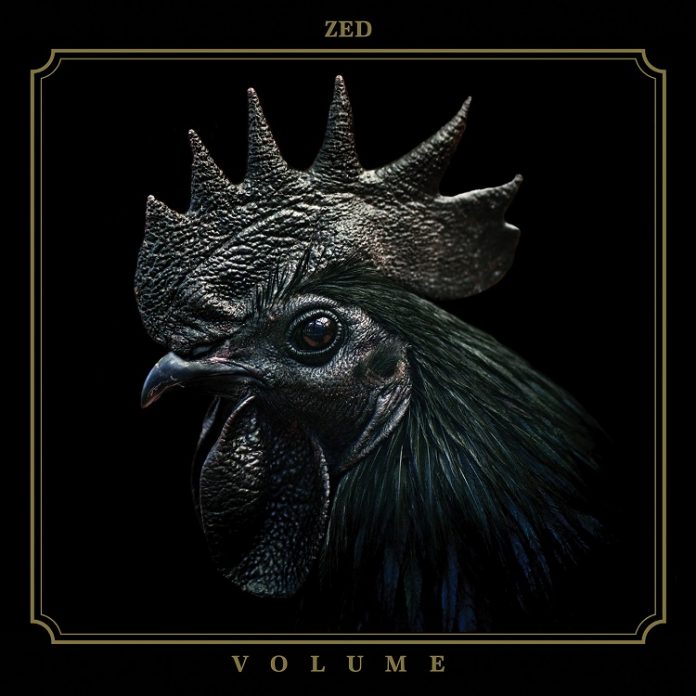 There are gigs that you go to where if the band said: “this one is for the ladies in the house” you’d be hard pushed to find one.

I’ve never seen Zed live, but I am prepared to bet you that the crowd is made up of 95% blokes and 90% of them would be the geeky sort that debates the vinyl they’ve just bought at the merch, and they’d probably all think they looked like Neil Fallon from Clutch.

I know this because I am one of them. And Zed are our boys.

It doesn’t seem five minutes since the Bay Area four piece stuck a record out, but whilst the phenomenal “Desperation Blues” showcased a re-release of an album that needed to be heard more widely, “Volume” is all new.

The follow up to the environmentally concerned “Trouble In Eden” and the type of thing that gets them called stoner, or on bills at Desertfest’s or something despite the fact that it is “just” (inverted commas meant ironically) great rock music with a brilliant fuzzy guitar sound.

Which brings us back to the start. Both of this review and this album.

“The Other Kind “ locks itself into a groove, and then when it opens out into, if not quite a metal gallop, then somewhere close, you can picture in your mind rows and rows of blokes nodding in time (its what we do).

Zed, lets…..urmmm get it said…..rule. Simple as that. The bass of “The End” swings a bit like Mike Dean, and you can imagine CoC doing this, “Wings Of An Angel” is massive, you’d say it soared, if that wasn’t a cliché, and if this was a band that cared about such things, you’d call it in arena shaker. What we can say for certain is that it is better than most that do make it there.

“Hollow Men” possesses two things. First, enough cowbell to satisfy anyone’s desire (and drummer Sean Boyles excels throughout not just here), but lets not be coy about this, it sounds like Clutch. And then some. It’s the best thing here, too.

Zed, though, refuse to be pinned down. Peter Sattari is too good for that, both as a lyricist and a guitarist, and “Take Me Home Again” throttles back and sort of eerily lurks over a bluesy lead, while “Chingus” works itself into a real frenzy, as  Greg Lopez’s lead creates a wall of sound. “Poison Tree” is awash with metaphors about “sweet nectar from the poison tree” which is poetic imagery if nothing else, and “The Great Destroyer” is – like hundreds of rock n roll songs – obsessed with Godzilla, but this one has a solo to kill for when it cuts loose.

“Time And Escape” makes its escape by tripping, and if that’s been done loads of times, then try and resist this one’s charms, while “The Troubadour” insists that you bring it to your shore, and its chopping, fuzzy rhythms do the sci-fi thing pretty well.

Zed, shred. But they know without great songs rock is dead. Which is a terrible way of saying that “Volume” needs turning up to 11. Immediately.

Previous article
BAND OF THE DAY: MISTER MISERY
Next article
SONATA ON THE LIST