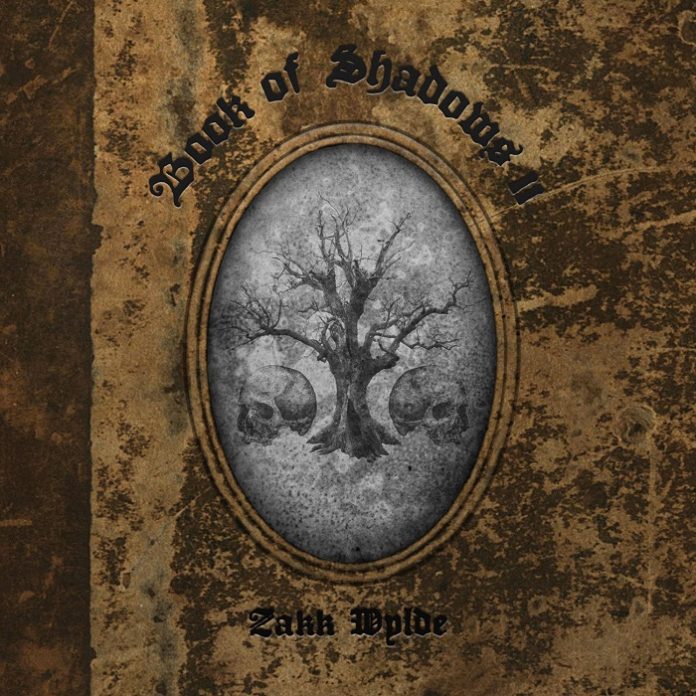 Zakk’s back and doing it unplugged again

On the face of it, its an odd thing that a man so steeped in rock n roll bluster is so ready to unplug his electric and explore his “other” more gentle side, but that’s something Zakk Wylde has been more than happy to do for years.

In 1994, he formed Pride And Glory, and in so doing, he turned loads of kids on to the possibilities of Southern Rock and bands like The Allman Brothers (this reviewer knows this to be fact, seeing as MV was one of them). More crucially to this release is the fact that, in 1996 he released Book Of Shadows, his first solo album and another laid back acoustic strum.

Now, 20 years – and good lord where does the time go? – he’s decided to re-visit the concept, and it must be said, he’s done so with some stunning results.

“Book Of Shadows II” – even the title is an unfussy nod to the past – is a lengthy affair, but a brilliant one. There are some moments of class and magnificent quality here. “Autumn Changes” it’s evocative opener has echoes of bands like Screaming Trees as Wylde channels the type of work that Mark Lanegan has made his own in recent years. “Tears Of December” is a countryfied strum, with its lilting sounds hiding a real darkness in the lyrics.

Frequently brilliant, it is never better than the astonishingly good “Lost Prayer” which will surely make an best of 2016 list or two. A magnificent chorus, and even better guitar work from Wylde, as well as the key line: “keep your war to yourself, I’ve buried what was of my sympathy,” it feels like a statement and it provides an incredible high point.

That’s not to say anything here is less than superior. “Darkest Hour” has the feel of Pearl Jam at their least bombastic, “Forgotten Memory” shimmers and slinks, there’s wonderful swirling organ on “Yesterday’s Tears” and “Useless Apologies” occupies the same type of claustrophobic acoustic hinterland that Bruce Springsteen did on “Nebraska” getting on for 35 years ago.

One of the albums guests, Stone Sour’s (it feels more appropriate to mention that band rather than his day job) Corey Taylor appears on the perfectly understated “Sleeping Dogs” and if the line that Wylde has used that were aiming to be the new “Simon And Garfunkel” might be a throwaway one, then the record does have a kind of 1960s almost psychedelic tinge.

The 14 tracks conclude with what appears to be a kind of hymn, “The King” begins with some strident organ and seeks hope in the darkness, but if this record does have a message maybe it’s just a more simple one: Zakk Wylde is a supremely talented individual who can turn his hand to anything.

So, on reflection, perhaps it’s not quite so odd that one of the world’s most metal men, is so good with the amps off. Hopefully it won’t be 20 years until Book Of Shadows III.