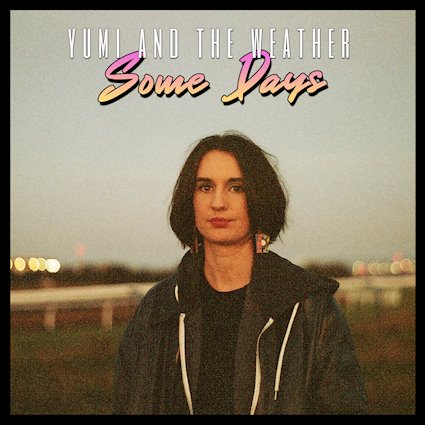 Brighton based alt-pop outfit Yumi And The Weather have a five track EP, a follow up to their self-titled debut LP released last year and as an appetiser to a new album due next year.

The extended play opens with `No More` which is an electronic dreamy synth pop offering where Ruby`s vocals are shared quite remotely allowing the song to have an interesting quite mesmerising texture. There was a real hint of The Cure`s `In Between Days` on `The More I Hear The Less I Believe` a song written about people`s hypocrisy. Rachel`s guitar riffs had a touch of Johnny Marr about them, which is no bad thing.

`Just This One Thing` has a wonderful retro soulful sixties feel about it. A number that could easily fit into a set from the American girl group The Shirelles. There`s a harder edged electronic vibe to `I Will Never Know` where the haunting vocals almost float above the hypnotic synth flourishes. The final song `What Will Become Of The Wishing Well` is written around the current COVID-19 virus and our march towards a cashless society, hence no coins to throw in a wishing well. Another absorbing piece with swirling synths, samples, and ethereal vocals.

Yumi And The Weather play some quite infectious synth-indie-electro pop, mixed with guitar and delicate vocals which at times becomes quite mesmerising. “Some Days” was an enjoyable listen and had enough of a variety to whet one’s appetite for the forthcoming release in the new year.