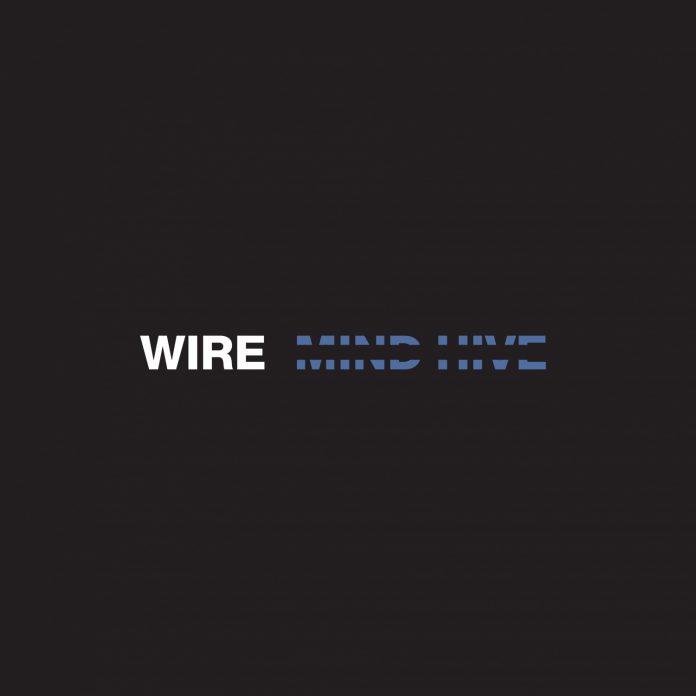 The is a strong well produced album and to be honest I haven’t been able to stop listening to it. Wire have been challenging themselves for so long they now seem to do it with ease on every album, which is something any peers they have left must admire.

It starts with two stomping post punkers in ‘Be Like Them’ with it’s menacing opening chugging guitar and wonderful lyrics and ‘Cactused’ which at times reminds me of Television with an excellent riff, wonderful drum sound and crazy lyrics suggesting that ‘You Better Watch Your Step’.

‘Primed and Ready’ builds on these and is even heavier with keys reminiscent of early 1980s industrial bands. This is an intense menacing song.

In contrast ‘Off The Beach’ is a jangly pop tune with wonderfully twisted observant lyrics with a great chorus which sits well in the song with great lines such as: “Have you ever been swept out of reach?”

‘Unrepentant’ soars away and is one those songs you can just get lost in. You can see how they not only influence others but are also not afraid to take others influences. This to me is like a cross between Pink Floyd, late 60s Beatles, Mercury Rev and the Flaming Lips and brilliantly played. Wonderful stuff.

‘Shadows’, has a similar feel musically and the soundscape makes you focus on the bleak haunting lyrics “Shadows of the future, shadows of the past.” “The men are lined up and shot into graves. The children are murdered, the women enslaved”.

‘Oklahoma’ has a driving rhythm created by the wonderful bass riff and hypnotic drum beat. This is like a cross between Roxy Music and Pulp’s ‘I Spy’ – the instruments blend well but this is no pop tune with it’s excellent line. ‘It was true I was dying – over-rehearsed’.

Wire’s ability for rhythmic discipline is most evident on the noise rock dirge of ‘Hung’, which simmers for eight minutes, remaining rhythmically rigid even as it threatens frequently to break loose and there are some excellent haunting guitars.

‘Humming’ is an excellent reflective song in a similar vein to ‘Unrepentant’ and ‘Shadows’ with some spoken word over the top of the amazing sound. This is a great way to end the album but this track to me is almost too short. But then again Wire tru to form don’t really do what you expect

While others from their early era do nostalgia, Wire have spent their career doing what they want and being inventive and a band who should be celebrated far more readily than they are.

On Mind Hive Wire play heavy observed post punk alongside some ironic straightforward pop and also some amazing prog influenced sound scapes, proving that even on their seventeenth album, Wire have turned in a record showing a band at their best.