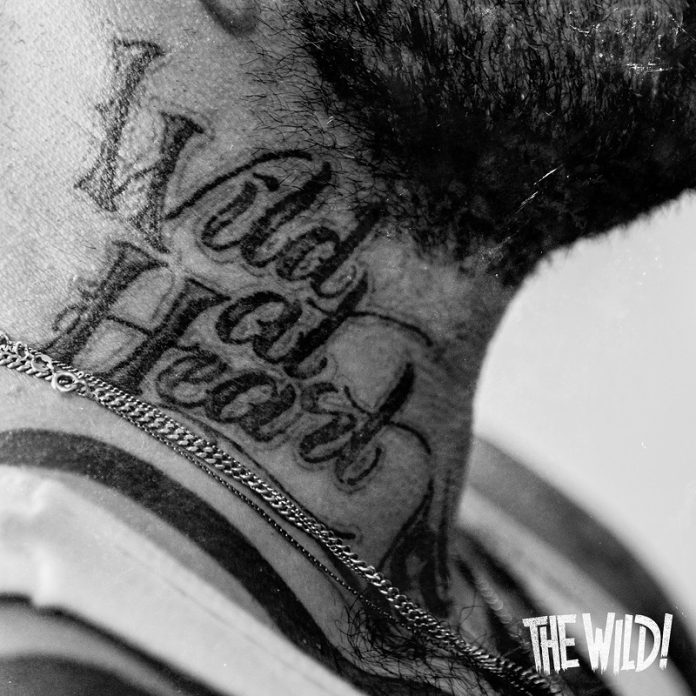 From Canada, by way of way of every sleazy rock n roll band. Ever.

It’s the summer of 1987 and this reviewer is 12 years old. He’s just put a tape on that was given to him by a school mate’s older brother. The first track is quite famous. “Welcome to the jungle,” sings one William Bailey. “We got fun and games……”

That record remains arguably the greatest of all time, and probably the only time the generation born after punk could shock their parents (don’t talk to me about Marilyn Manson either!) and if in this era the ability for music to move millions might be gone then that doesn’t mean that there aren’t bands out there that are imbued with that GnR spirit.

To wit: “I aint never been to New York City/It’s such a tragedy/well, if I ever go I’ll be playing rock n roll/and making damn sure they know me.”

That, you suspect is more than a song to The Wild. It’s a mission statement.

They’ll get there too, if the 10 songs here are any clue. The men called Dylan Villain, The Kid, Boozus, and (MV’s personal favourite) Reese Lightning – these probably aren’t their real names – have pulled out all the stops on album number two.

“Ready To Roll” comes in with its big dicks swinging like Faster Pussycat playing a Lynyrd Skynyrd cover and sounds so sleazy it would probably just kiss your girlfriend right in front of you.

It’s far from the only one here that has trouble on it’s mind. “Livin’ Free” casts them as outlaws to go with a Buckcherry (former touring partners) bar room riff. “White Devil” does blues in the way AC/DC do blues, and you’d imagine everyone concerned realises that Villain sounds exactly like Bon Scott here. The song, however, is so much fun that no one is going to give two shits.

That, really, is the point. There’s nothing groundbreaking here. That can be saved for another – more boring – day. This is about homage to their heroes and hedonism. “Another Bottle” (sample lyric: “some days I just wanna get high”) does all those jobs, “Six Hundred Sixty Six” is the best slice of unashamed redneckness  (no, we know that’s probably not a word) since Jackyl’s debut, and “Rattlesnake Shake” is about the 300th song with that title. Does anybody care? Doubtful. If they did then you can bet The Wild’s response would be two words –  the last of which would be “you.”

“Run Home” tries to be a ballad, but still sounds like its only a ballad because it wants to get laid by a cute girl who likes ballads, “Down At The Bottom” – sort of like a really souped up southern rock slammer – is much more their natural habitat mind you, and “Kansas City Shuffle” is better still, and will strike a chord with anyone who grew up listening to Johnny Crash and the like (which, to be fair, is probably just MV).

Whatever, its good to see that someone somewhere is still making dirty, unfettered rock n roll, with no thoughts of being hip and all that kind of nonsense.

New York City, you ain’t going to know what’s hit you when The Wild get to town.