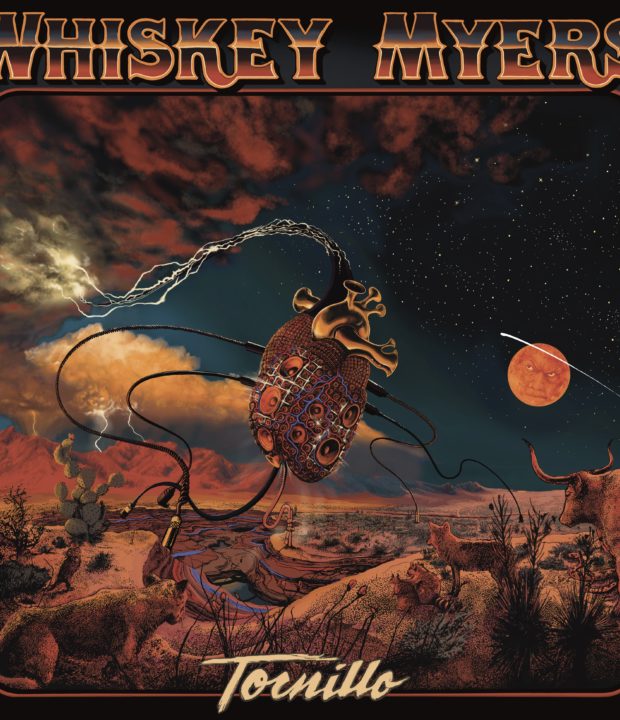 In the interests of balance. I am sitting typing this in one of Whiskey Myers’ t-shirts. Bought on the “Mud” tour, from 2016. So me and the Texans go back a way, in fairness.

They are, to this day the only band who has ever scored an 11/10 on a review on MV too. Basically I gave “Mud” ten, and decided that 2019’s “Whiskey Myers” was better still. What could I do?

Which brings me neatly to “Tornillo”.

The first single, “John Wayne” sort of alluded to it. Yes this was the same Whiskey Myers (still a six piece since Tony Kent joined in 2017) but it was a harder, angrier one. “Watching the world go up in flames” goes the last line in the chorus, yet it seems happy about it. Funky, proper rock n roll, horn sections to make Southside Johnny and The Asbury Jukes blush. This is Whiskey Myers. Turned up to 11 as it were.

That’s all continued on “Antioch”. It’s stunning. Cody Cannon has never seethed with rage like this. “Mama don’t cry when Daddy’s gone” he spits, as he puts himself into a broken home. It’s not just lyrically that they’ve never been heavier. Musically, too. John Jeffries’ guitar has never quite rang with this type of shotgun blast before.

The horn section is to the fore throughout. “Feet’s” is drenched in it. “I am for the old time country, I am for the blue collar man” offers Cannon here, and if this wasn’t recorded in Muscle Shoals then it wants to be and as an example of the extremes of Whiskey offer, then “Whole World Gone Crazy” is your biggest signpost. Bluesy, country, rocking, timeless. It’s the sort of thing you wished Drive By Truckers had done on their patchy recent one.

“For The Kids” is the big ballad. The working class couple who have grown apart and stay together for the sake of the children have their anthem. And listen to the way this soars. Eric Church has a gold disc if he covers this. They know it. It’s arena rock from the dirt roads.

The characters in these songs (and its tempting to imagine this as the kind of anti cookie-cutter, Hallmark sound of those country albums) get their hands dirty. There isn’t apple pie cooling on these window sills, and if there was these boys in these songs are stealing it. It makes for some stunning music. “The Wolf” might be the best one. “These things that I done, I done to feed my family” offers the words matter-of-factly. This is Springsteen’s “Nebraska” with bombast.

“Mission To Mars” could have a hoedown in the honky-tonk, and “Bad Medicine” (you have no idea how much I wanted a Bon Jovi cover when I scanned the tracklist!) could be a lost CCR song. Both sides suit them, and when they go for something else entirely – an acoustic based ballad “Heavy On Me” – you realise just how good they are.  That one explodes in its chorus. The last two are as different. I’d listened to “Other Side” about 10 times before I realised that it had the same kind of driving energy as “Rockin’ In The Free World” and if there’s been a sort of gospel undercurrent throughout, almost (the backing vocals from the McCary Sisters kind of help), then the fragile, brilliant and raw ballad “Heart Of Stone” brings it to the forefront.

It’s proof that Whiskey Myers could have been anything they wanted to be. It’s just on “Tornillo” (translated as “Screw” in Spanish) they just decided to nail working class, blue collar rock n roll. If I am wearing a Whiskey Myers shirt today, then yesterday I was clad in a ZZ Top top. And that other little old band from Texas might have some competition for who is the best of the two. And if I never thought I’d ever say that, then the fact remains that on their last four albums Whiskey Myers have got better and better.

And if giving this 12/10 would frankly be ludicrous, then good grief that’s what it deserves.