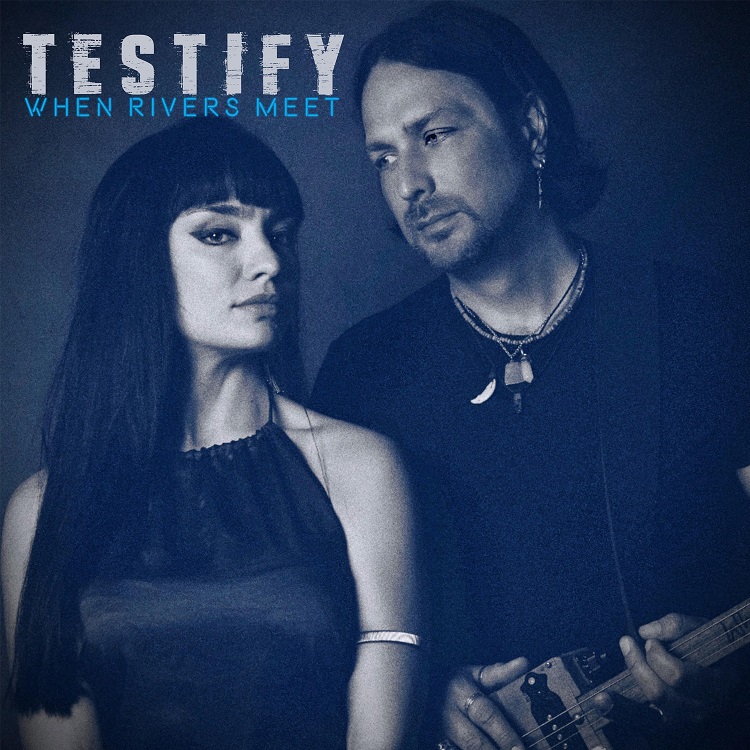 It’s a question, I guess, that anyone would ask, but it must drive bands mad: “how do you feel your new stuff differs from your other work?”

The fact is, that every band (yes, even Shinedown) tries to put out the best thing they can. And they are probably the worst people to critique it, given their close bond with it.

Yet, given that “Testify” is the first song from a new album, it’s the obvious one to ask: “Saving Grace….. has a more upbeat rock feeling than We Fly Free,” says Aaron Bond, one half of When Rivers Meet. “We were very conscious when we started to record this album that’s the direction that we wanted to move in, and it was exactly the kind of result that [we] wanted to achieve.”

He’s right, too. But he’s missed one crucial thing. The way it swings, the soul with which it grooves. On this one Grace Bond (the other of the unbreakable Bond’s as it were) is like a Fire And Brimstone preacher leading her congregation at the pulpit. She roars the last chorus, is if it were an instruction. “You’ll make God insane” she sings it seems, over a primal beat.

And speaking of that beat, the thing begins with a riff more akin to the Garage Rockers than the Mississippi Delta. A comparison with White Stripes would be lazy, of course, but lets just say it’d take a Seven Nation Army to hold this back….

The other thing about “Testify” is if you look for the track list of the new record, its in the middle. Unusual for the lead single to take up such a spot, but maybe it signifies that this is a centrepiece of the brave new(ish) world?

We’ll have to see I suppose, but make no mistake about this, “Testify” is a huge statement of intent.