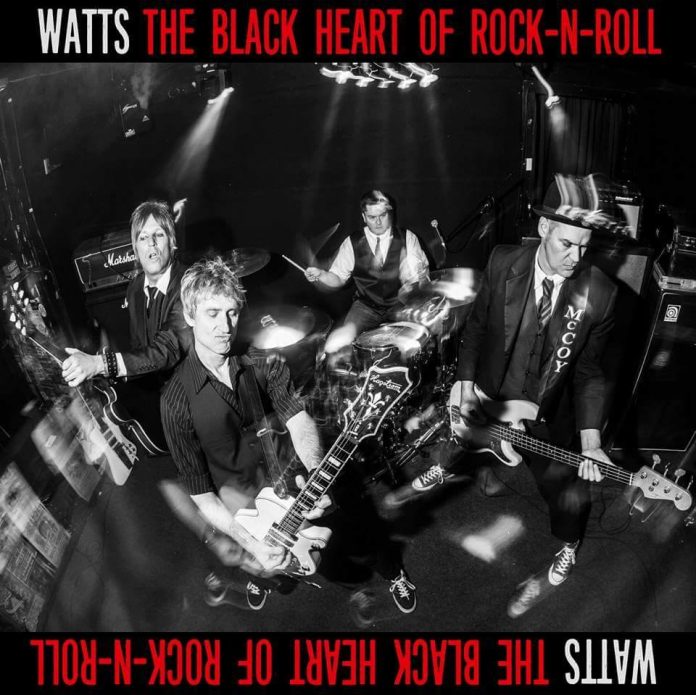 Think of all the gigs you’ve ever been to.

A handful of them, we’d wager, were the type that made you think briefly about learning to play the guitar, getting in a battered old van, rounding up a few of your mates and forming a rock n roll band.

Boston’s Watts probably had this feeling too. The difference is, unlike MV, rather than sitting round on their asses, they did get in the van, they did form the rock n roll band, and in so doing, they basically encapsulated everything that has ever been great about it.

Furthermore we’d stick good money on the fact that Dan Kopko: vocals/guitar John Blout: guitar/vocals Tim McCoy: bass/vocals and John Lynch: drums/vocals would even agree that there’s nothing especially ground-breaking here – but my, is it fun!

Basically its like this. From the get go of the title track to the last strains of “Bring On The Lights” (which gains bonus points for using cowbell with glee) just over half an hour later, its like someone has raided your record collection and it made it sound way better than you could.

Equal parts AC/DC, The Rolling Stones and Tom Petty, this is timeless brilliance. “Up All Night” swaggers in on the back of a bass groove and buys everyone drinks whether it knows them or not just to keep the party going, while “She’s So Electric” knows its Jagger-isms, and is more than happy with itself.

Even better is the glorious “Strut Like A Champ” which would knock Mike Tyson out just cos it can, , while its mellow follow up, “Bye And Bye” is country fried and its slide guitar without a care in the world.

“Stage Fright” is a simple rock n roll boogie with a dirty grin, and “Fast And Loose” is more than happy to do the same thing again. “Sunset” on the other hand is pure “Shake Your Moneymaker” era Black Crowes, while “The B Side” an only be described as ebullient brilliance

Like that cut says on its first line, “turn the record up on the stereo.” As listening instructions go, there’s few more apt for this album.

Rock n roll’s black heart is beating just fine here, and there’s plenty of life in the old dog yet.