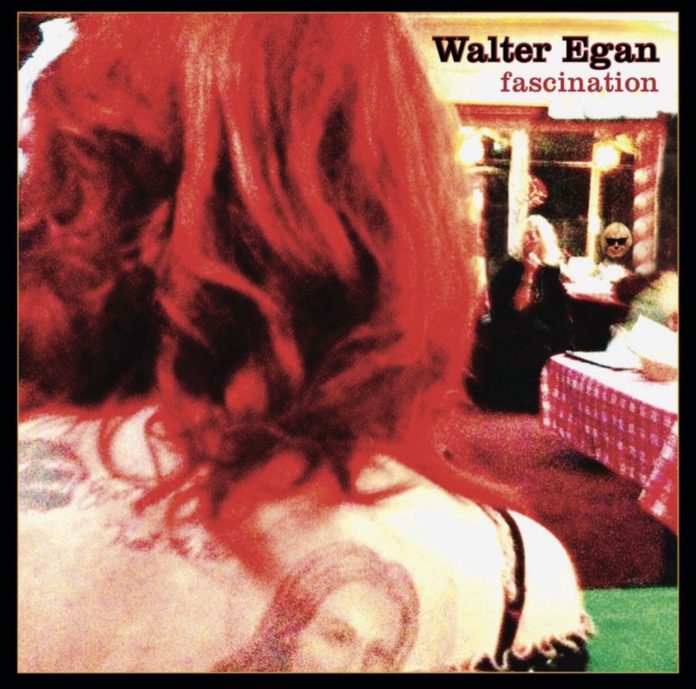 Look, I am going to be honest.

Before this album arrived in the MV inbox before Christmas, I’d not come across Walter Egan. “Legend”, it said on the press release, but I’ve seen that word. It’s about the only word on music press releases that gets used more than “stoked”.

It turns out, though, that in the case of my new mate Walter, it seemed ok to use it in that context. He wrote “Hearts On Fire” for Emmylou Harris and Gram Parsons. Stevie Nicks and Lyndsey Buckingham played on the first couple of solo albums  – one of which had a single that sold a million on – and he’s played with Don Henley, Glen Frey, Jackson Browne, and loads more.

Right, forget that now, because its not important. What is, really, is that “Fascination” is something of a love-letter/concept album about his relationship with Pamela Des Barres.

Now, if I wasn’t too aware of Egan, then I’d certainly come across – perhaps a bad choice of word – Des Barres before. I’d read her book, “I’m With The Band”, but if you haven’t essentially PDB is a groupie of choice to the stars.

And, Walter it seems, was smitten.

“Fascination” by and large, is about Pam. The first song “I’m With The Girl” (clever title noted), reflects on her, and what is interesting is there is no bitterness, just a sense of longing that seems raw still.

Musically, this is as laid back as the West Coast gets, sun-kissed and chilled out. You imagine it was recorded with Joss Stick’s burning frankly, everyone eating lentils and barefoot, that’s the vibe.

Best of the lot, though, on this 13 song journey is the quite brilliant power pop of “Miss Pamela”. Not only is it so catchy they need to give you a jab for it, it performs the incredible feat in rock n roll of rhyming “demeanour” with “hard to leave her” – which is genius, lets be fair.

That one, and its upbeat tones is a little out of context. It’s not that the rest is downbeat, its more content in the summer breeze. “A Fool In Love” with its harmonies, “The Fruit Of Fascination” – on which he descends from infatuation into something a bit more destructive – still remains acoustic and reasonably happy with its lot.

Occasionally, something more urgent breaks out. “Lovers” has a kind of Stones-guitar (PDB was “close” to Jagger, and “Woo To Woe” has echoes of Petty or Graham Parker, while it is tempting to imagine Elvis Costello singing “Yesterday, Forever And Today”, as its got the same acerbic undercurrents.  “Fading Love” changes tack by becoming something like a Jim Reeves song, and “Waking Up To You Finally” manages to sound fragile.

To be truthful research isn’t a strong point of mine, so I have no idea whether the ones that sound like covers are – beyond this. I am totally aware of the god of Presley, and can confirm the version of “Treat Me Nice” here is much fun.

Occasionally this is a bit one paced and it might be one or two songs too long. If that is the case, then I might be able to do without “Gestures”, although “Pride” has a bit of glam about it, and “Hell I Know (It’s Over)” brings this back full-circle as he admits defeat.

Thing is though, a love affair like this never is. And as tempting as it is to say “look mate, get over it!” then those that know how hard that is to do know that there is a certain type of bloke (and I think it is blokes) that have an album like this in them.

“Fascination” is interesting, different and brave. Occasionally fabulous too.