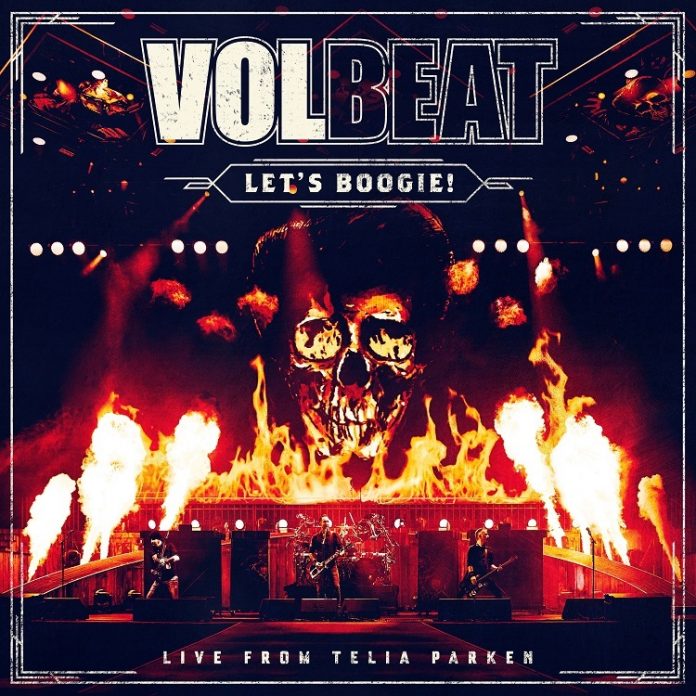 Brothers and sisters, it seems to me that I increasingly use this website and my reviews as confessionals. There’s been at least three this year where I have namechecked girls who have broken my heart in the past, there was even one where I admitted I’d lied for 20 years and Slash wasn’t actually my cousin (don’t ask….) but this, well this is the biggest one of the lot.

I love Volbeat. No, that’s not quite right. How about this? I love Volbeat so much that I paid the ultimate sacrifice. Ready….

I love Volbeat so much that I bought a ticket for Alter Bridge just because Volbeat were support.

Now, this isn’t like the time I was subjected to the worlds dullest rock band – that’s Shinedown for the avoidance of any doubt – because they supported Iron Maiden, this was actually forking out cash to watch the second dullest – that’s Alter Bridge to be totally clear – because Volbeat were on the bill.

Cos, you see, Volbeat rule. They are everything rock n roll should be. They are the best thing ever out of Denmark (face facts Lars…..). Like if Metallica, Johnny Cash and Elvis got very drunk and started forming a Motorhead covers band, Volbeat are one of the very few original groups around at this point.

Facetious opening few paragraphs aside, this DVD/CD release commemorates a night when history was made. On August 26, 2017, VOLBEAT became the first Danish band to headline and sell out their hometown venue, Denmark’s Telia Parken, setting the record for the biggest show by a domestic artist in Denmark ever with over 48,250 people in attendance.

And, crikey it looks special, it really does. The songs are brilliant, of course they are but watching the film (and I NEVER watch films) here you can see how unbelievable it was – even to the band – and the bond that this band have with their audience.

Picking out highlights is futile, really, but “Lola” will be up there, or “Seven Shots” which cheerfully brings out Mille Petrozza of Kreator out would be right up there too.

And there’s just a sheer enjoyment of the whole thing. Michael Poulsen – the frontman who is basically a ringmaster here – can’t resist getting girls up on shoulders, or offering his guitar to the first crowdsurfer in a mammoth “Fallen” , as if to emphasise that however big the band get, they’ll never lose their grass roots ethic.

Of course, the size of this gig means they can pull special guests in from everywhere, so Barney Greenway appears to reprise his roars on “Evelyn”, Danko Jones is there for “Black Rose” and there’s some real royalty too.

So it is that Lars Ulrich marches out for “Enter Sandman” and Denmark’s best ever boxer Mikkel Kessler does his thing on “Warriors Code” (which is basically to do what he did whenever he played it before he fought anyway), but you know what? Despite all this, the best song they play is their own. “Seal The Deal” when its just them and 50,000 of their closest.

If you’ve ever seen Volbeat, then you know that in the last song they invite as many of the crowd as they can onto the stage with them to play “Still Counting”. Tonight they do it with a difference, and hundreds of youngsters are called out to enjoy a moment with their heroes. There is a wonderful bit where Poulsen actually stops the gig to sign an autograph for one. And, right there – in the biggest night of his life – is why you simply have to love Volbeat.

Basically this two and a half hours is a bit like when a football team wins the league and has an open top bus top ride around the city as well-wishers cheer them on (the bunch of no-hopers I support did this when we came second in 2008, that’s how crap they are…..)

Volbeat aren’t crap though. Volbeat are in the Premier League. “Lets Boogie – Live From The Telia Parken” is the sound of Volbeat going, “we’re on top of the world. Hey, Ma, look at me…..” and it rules. It rules all.