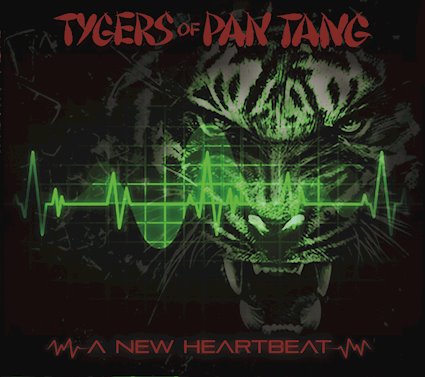 This summer it will be a decade since one of the weirdest things that’s ever happened to me at a gig. I went to watch Tygers Of Pan Tang play a tiny venue near me (no longer there) and I had a spare ticket. On the way in I bumped into a bloke I used to see pretty regularly and offered it him. He gave me a tenner, said he didn’t have change for the rest but he’d buy me a drink inside. Sound, no problem. He then disappeared.

I saw him again a week or two later, said hello and he blanked me. And he’s never spoken to me since.

It couldn’t have been the gig. Granted there weren’t many there from memory, but it was fun, and its always fun to see a band that was there at the beginning. Or, more accurately, when the NWOBHM was, you know, new.

Arriving in the North East at about the same time as Raven, and about the same time that something was stirring down south called Iron Maiden, the Tygers have had a tortured history. Personnel have come and gone so often that they’ve got their own Wiki page just for members (and even that’s wrong, as it doesn’t reflect the line up currently).

Yet, throughout it all, Robb Weir has piloted them so they still roar. Listen to the lead song here and “A New Heartbeat” pumps in such a way that it seems to have invigorated the whole outfit.

It is, quite simply, a brilliant British Metal song. Modern, yet still rooted in the classic feel, and in Francesco Marras, they’ve got a fabulous guitarist and foil for Weir, and lets be honest, generally speaking this is the sort of music that needs two proper guitarists.

The other brand new track is equally good, and “Red Mist” arguably is darker and has a bit more intent about it.

The other pair of songs here are remakes of tracks on their first album. Gav Grey’s bass has some serious Steve Harris chops (the former Almighty man isn’t in the band anymore) on “Fireclown” but its really about letting Marras lose on the songs. And, boy, how he puts his stamp on that and “Killers” – so much so, actually, that in mining the past so well, you are left really excited for the future.

Never mind “A New Heartbeat”, this is a band reborn. And mate, if you’re reading this, it was £4, I am cool with it after all this time.