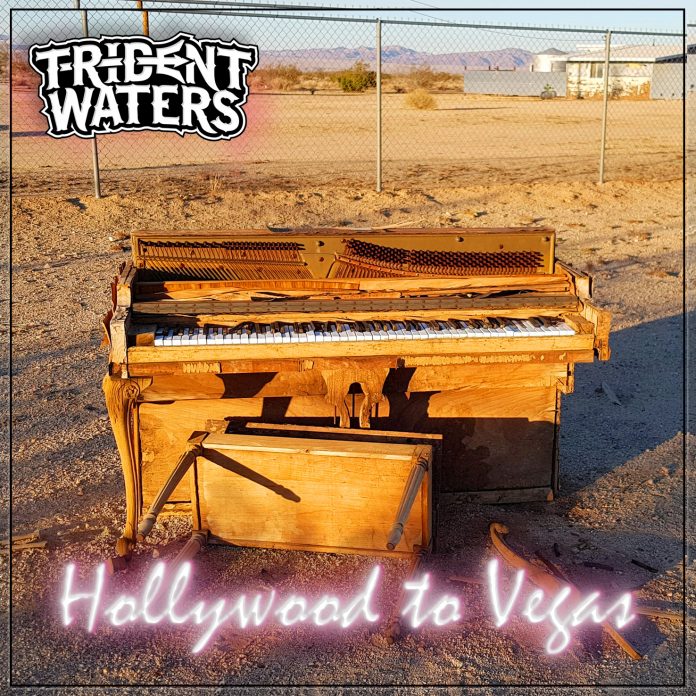 The title of this five track EP basically explains it. “Hollywood To Vegas”.

Those three words, actually, give the game away. This might be a London based trio, but they are the type of UK band that sits at the desk of their day job looking out of the window dreaming of the bright lights somewhere else.

The lead track here “Be So Bad” takes about three seconds to make good on the claims it has to “take inspiration from Rival Sons” and as Andrew Knightley roars the first line like Jay Buchanan over a bluesy groove you could swing from so strong is it, you could be forgiven for thinking you had heard it before.

You have. But that’s also kind of the point.

The next one “Eva Lane” rather underlines the type of record this is going to be. It has a Black Crowes type thing going on (Knightley sounds a little like Chris Robinson and if you didn’t know this was an English band you’d never guess) and although its lyrics are modern – namechecking Facebook And Instagram – the vibe isn’t. The best way to describe this is that if Cadillac Three wanted to get laid instead of drunk with their buddies then they write this stuff too.

“Futility” is more hard rock in its work. Something more akin to Inglorious, maybe and the vocal delivery is done with a more UK air, while “Desert Soul” begins with a blues guitar lead that recalls Rory Gallagher.

That one is interesting too – and most probably the best thing here – given that it’s effectively an outright Led Zep homage, although, only if Zep were jamming on Skynyrd.

Many bands do this type of EP, I think that it is fair to say, but not many do it with as nuanced an approach as Trident Waters. The closing “Gallows” boasts some brilliant leads and there is a clear chemistry between the three – also completed by Wilson Zaidan (Bass), and Greg Zaka (Drums).

There is a real feel here that this is a band ready for a breakthrough. Those bright lights of The Strip might be a dream still, but in their minds Trident Waters are already over the ocean.