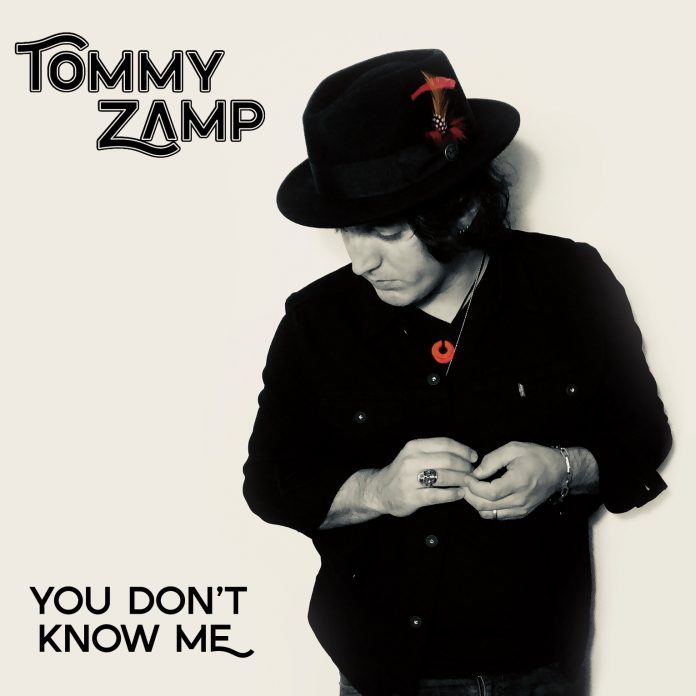 Zamp gets amped with NYC as the muse

Tommy Zamp only moved to New York City in 2006. However, it is clear that this has had something of an effect on the guitarist. Not just in the sound of “You Don’t Know Me” – which is absolutely rooted in the power pop of the East Coast – but in the lyrics of the record too.

“I’m just taking a walk around the night/ New York City, you’re such a pretty sight” is more than just the opening line on the record. Rather it frames the whole thing. The song that first gambit comes from, “Pretty Girls”, manages to almost bottle the sound of sunshine. Not dissimilar from the pop rock of Butch Walker, Zamp notices the women in “their little short shorts and their push up tops” but he’s not bothered. Why? Because he’s got a girl back home.

Not a record for those that want to wallow in self-pity, “You Don’t Know Me” instead absolutely loves life and relishes the day with a cheery smile. “Tattoos Of Stars” nods towards Jesse Malin, which is apt because not since Malin’s “Fine Art Of Self Destruction” has a record been so steeped in this town. It’s just here the “moon is a disco ball in the sky” and things are just dandy.

“Let It Go” as about as unashamed as pop music gets, while “Beautiful Losers” sees Zamp play some wonderful lead guitar and show why he’s been so in demand as a session musician, while the delivery here wouldn’t have been out of place on a Mott The Hoople song.

If a name we haven’t said yet was Cheap Trick, then “Romeo” changes that. You know it was coming, but it is great fun when it does, while “No More Lies” opens like one of those bluesy ballads that Aerosmith did in the late 90s with Liv Tyler and Alicia Silverstone on the videos.

A record that sounds like it was a blast to make, crackles with urgency throughout, but never more than on “Time” and it has got a pleasingly sleazy side too. “Calling Mother Mary” rattles along like prime New York Dolls.

The title track is a snapshot into the fact that Zamp could have made this anything he wanted. Brilliantly played rock n roll is the order of the day here. This is followed by the most ambitious cut on the record. There is just a whiff of Springsteen about the ballad “Dreams Are Made And Hearts Are Broken” and there is more of The Boss about the last song “Goodbye NYC”. The harmonica and the string drenched verses have a timeless quality.

He might be leaving, “to move out west” but you know he’ll be back. Those 11 years are in Tommy Zamp’s blood. You might not know him yet, but you soon just might.