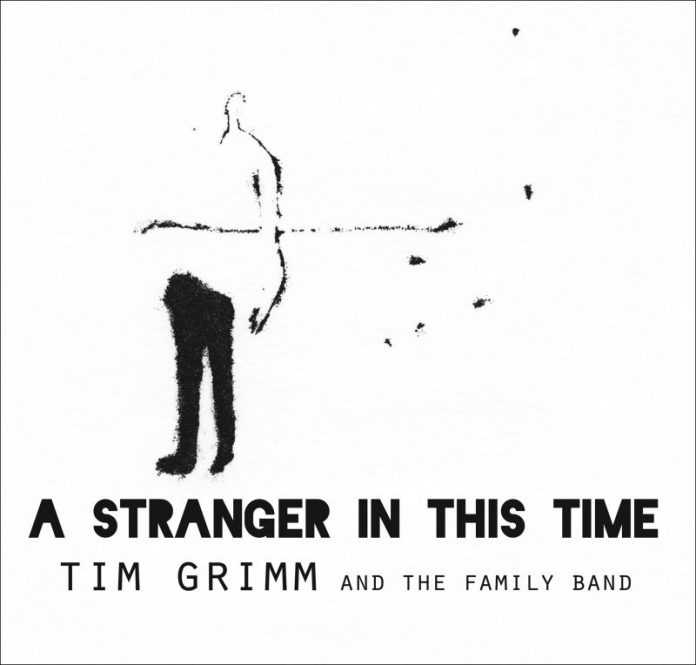 “The Poet Laureate of the rural Midwest” proves it again

It is an odd curiosity that Southern Indiana resident Tim Grimm was once on the same High School debating team as US Vice President Mike Pence. Leaving aside the obvious question of how you can actually debate with what to all intents and purposes seems to MV to be a man so right wing he makes Theresa May look liberal, you can bet the sessions were lively.

There is a song on “A Stranger In This Time” “Gonna Be Great” (key line: “the votes were all counted, it was worse than we feared”) that rather like the wonderful Stephen Fearing track earlier this year, “Blowhard Nation”, is the alternative State Of The Union address. It is a quite marvellous song and one in the great tradition of protest singers from Woodie Guthrie down.

As you would expect given the name of the band this is a true family affair. Grimm’s sons Jackson and Connor and wife Jan Lucas have long performed with him, but now they are taking a greater role as true collaborators.

That’s a key point and comes to the fore on work like the personal opener “These Rollin’ Hills” — which invites you almost into the family home – and the quite brilliant timeless classic “Thirteen Years” about a tree that fell on his grandfather’s farm and ended up as the guitar he recorded the album on.

Which leads to the other pillar on which the record is built. Its name. This is a collection for all of those of us who feel out of place politically as a wave of “populism” sweeps the world, or culturally as we become ever more superficial and celebrity obsessed.

Songs like “So Strong” have a timeless authenticity, the incredible “Black Snake” which is a vicious condemnation of capitalism and the light, airy nature “Finding Home” hides the great importance of the sense of place in its lyrics.

“Hard Road” is a fine slice of blue collar Americana, while “The Hungry Grass” is more reflective in nature and the thought that this rooted in all the great folk throughout history is made flesh with “Darlin’ Cory” which is adapted here by Jackson Grimm and given a bluegrass quality.

A record that touches on many different styles, takes a turn on the hypnotic “Over The Waves” which moves things away a little from the Midwest. That is a place, though, that is never too far away and that the record ends with “Over Hill And Dale” is important, especially as that one manages to find some hope in the darkness.

“Stranger In This Time” is three things. First, it is a condemnation of parts of Modern America. Second, it is proof that despite what the news might have you believe, there is some decency in this world still. Third – and most important – it is a quite outstanding record.