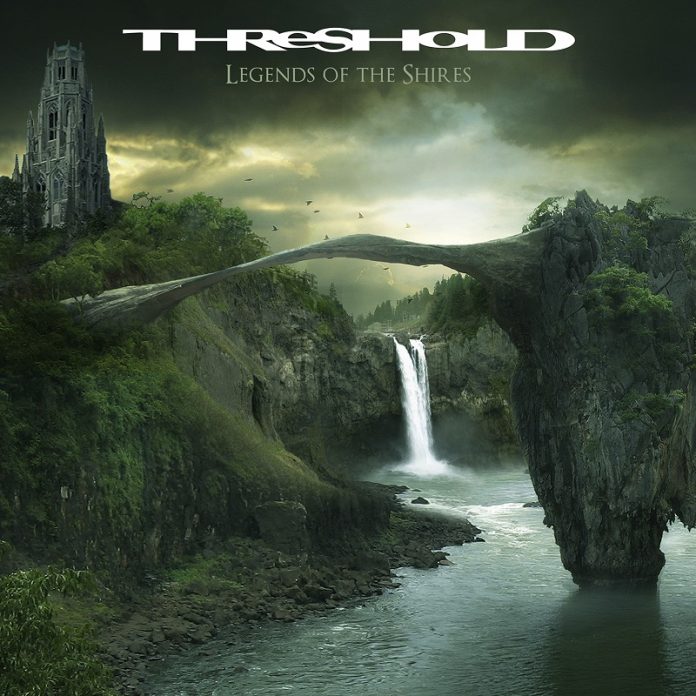 Brit prog metal kings back to what they do best

After 2014’s “The Journey” record (a thoroughly decent collection it must be added), a couple of things happened in the Threshold camp.

First, the mastermind behind them for getting on for thirty years, Karl Groom, decided that the particular journey they were on wasn’t complex enough, and second while he and songwriting partner Richard West were writing the thing singer Damian Wilson left the band (as he had done twice before.

So, what did they do? Well they did what all prog bands do and went back to another former vocalist, Glyn Morgan (he’d last fully appeared on Threshold album with the brilliant “Psychedelicatessen” in the mid-90s). The result is “Legends Of The Shires” and it is the best Threshold record in a very long time.

Always at their best when they were being bombastic, the fact that “…Shires” is a concept album with a story that the band won’t reveal would in other hands mean it was impenetrable and that the band were just pleasing themselves. Not here.

Here it merely makes perfect sense. After what amounts to an overture with the first chunk of a three parter, “The Shire”, a huge chugging riff ushers in “Small Dark Lines”, as Groom’s guitar melds with West’s keyboards quite brilliantly. It also comes in with a much catchier hook than you might imagine too.

It is the track which follows, though, that convinces that this is pretty special. “The Man Who Saw Through Time” finds the whole band in rare form and also shows – with no disrespect to the other singers Threshold had – Morgan is the one they need. An out and out prog thing, the way it builds is superb.

Although in part a reaction to the straight up heaviness of “The Journey” this is heavy when it needs to be. “Trust The Process” has an almost classical element to it, while the bass of Steve Anderson is integral to the thumping opening to “Stars And Satellites” – but here perhaps more than anywhere else on the record the sonic dynamics the band create are at their most contrasting.

At the risk of sounding like a philistine, when MV reviews a concept record our first thought is “would we enjoy it without a narrative?” here, partly because the story is left to the imagination, the answer is unequivocally yes. “On The Edge” for example comes in with darker overtones – and features a majestic solo from West – while “Snowblind” is not a Sabbath cover, but does have some brilliant twin guitar.

A mighty tome – this settles in at 83 minutes – it is nonetheless best listened to in one go if possible, because it is only then the full twists and turns of the thing become evident. The huge “Subliminal Highways” has mighty intentions, but it is followed up with the gorgeous “State Of Independence”, which is – for this record anyway – stripped down and gentle.

Threshold’s skill, though, is that whatever they do it sounds absolutely accessible. “Superior Machine” has some fine lead from West as the album draws to a close, but there is one more epic. And “Lost In Translation” brings things together perfectly, by being a confident, classy and bold piece of work.

The prologue, as it were, is “Swallowed” which has a Marillion like quality. One of the lines in that track “shall we do what they do or do what they say?” seems to pose the question on behalf of the band. Evidently they took a third option. They did what they felt was right. “Legends Of The Shire” proves that was the absolutely right move.