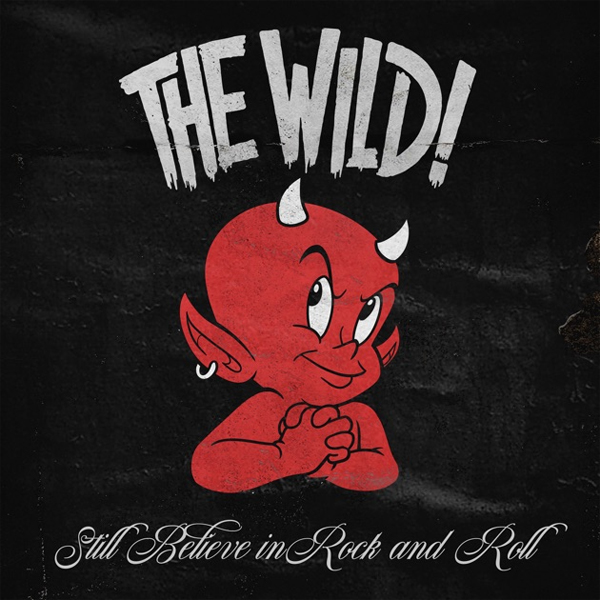 Every man and his dog, it seems to me, has a Podcast these days. I sit there at work – remember the good old days when we could leave the house? – listening to all kinds of these things, but one of my favourites recently (and I’ve devoured the whole series) is the Cathouse Hollywood one.

On this, Riki Rachtman, the former star of Headbangers Ball, tells the tales of the legendary club he opened with Taime Downe of Faster Pussycat.

Now that’s cool – and as I wrote when I reviewed The Wild! Debut album, “Wild At Heart” that’s the music I grew up with – and it made me think too, because RR keeps raising the question of what rock’n’roll means, of what rock n roll is.

The truth is, no one knows. It means what it means to you. But for what it’s worth, here’s my take: It’s a swagger, a strut, but crucially, its an escapism.

Rock n roll, whether its Motorhead, The Stones, Biters (who I swear to the God of Ozzy Osborne should have been huge) Poison, or Guns N Roses, whoever, is something that takes you away from your life. Which Christ knows, everyone needs right now.

The first line of “Nothing Good Comes Easy” is exactly that, and that is the third song on “Still Believe In Rock N Roll”, and that, right there, is The Wild! Mission statement.

It’s not that the track is achingly hip – on the contrary it sounds like Airbourne – in fact, it is precisely because its not trying to be anything that it isn’t that not just this track, but the whole record is so, so good.

“Bad News” starts with the sound of something (probably a Harley?) racing down the highway, and it is as sleazy as blues gets, but Dylan Villain and the boys are just getting started.

They’ve been holed up in a studio with Mike Fraser (and if a rock n roll band hasn’t had at a least one of their albums worked on by him then they are shit). Amongst his many, many credits are “Sonic Temple” and “The Razor’s Edge” – if you need me to tell you who recorded those albums, you don’t know rock n roll.

But here’s who does understand it perfectly. The Wild!

“Crazy (For You)” merrily enquires “how about we fuck this out?” and the absolute southern boogie of “High Speed” doesn’t care as it long as it leaves the scene of the crime (and there will be a crime, somewhere) while “King Of This Town” doesn’t half sound like it should be on a Junkyard record from about 1988.

Remember that escapism thing? Here it is. The opening line of the title track. “Free drugs, cheap thrills, give me sex on the weekend” sneers Dylan, in the manner of a fella that isn’t waiting for Saturday.

“Playing With Fire” has the air if early Aerosmith, the dangerous cool kind, playing ZZ Top covers (and ZZ Top, they are definitely rock n roll), “Young Rebels” changes tack a little, underlining their southern rock taste, and “Goin’ To Hell” is the sort of thing that their fellow Canadian native, Danko Jones knocks out for fun.

The last one, “Gasoline” is a kind of ballad. But its also the type of ballad that might be written by a man with a hangover, but deep down, you know that Dylan and the boys are going to be out and doing it all again tonight. No ifs, no but’s, no regrets.

Or maybe its their escapism too? And, who cares right now? The fact is, to put this on is to experience a rush of enjoyment.

So say it loud, say it proud – or keep one fist in the gutter and the other in the goal as Riki Rachtman always says – and if you “Still Believe In Rock N Roll”, go Wild!.

The album is out now digitally, and will be released physically by eOne on May 22nd

Previous article
BAND OF THE DAY: PARALYDIUM
Next article
ANOTHER ONE FROM ORANSSI