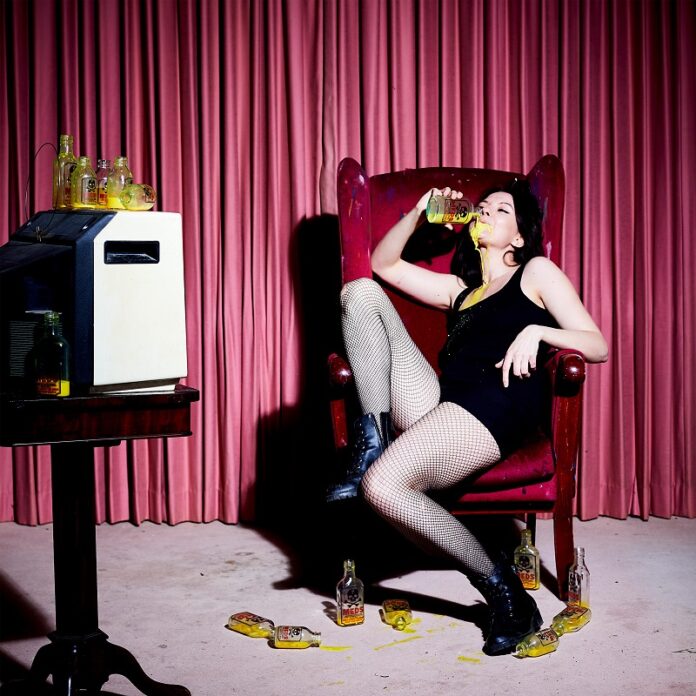 Back in October I saw The Virginmarys play a headline show. I’ve seen them many, many times over the years every time you see them is a good time. They are one of those bands that you can’t help but admire.

That night, though, they were special even by their standards and I was moved to say that it was the best I’d ever seen them play. It shows how highly they regard “Meds” then, that they chose to open the show with it, and listening to it here, it is everything they’ve become.

Now just  a two piece – it suits them, its brought out something even more primal in their music – Ally Dickaty and Danny Dolan have a bond, and it’s a bond that sets them apart. They don’t fit in, they never did, they have a kind of small town frustration.

They’ve always had that, like a cross between a cooler than thou indie thing, and a screaming punk one. Here they talk about the numbing existence of living, and a longing for more like it’s really personal.

“Three square meals, leasing a car, renting a house”, opines the first verse, before the chorus spits. By the time it’s worked itself into a frenzy about “I found a new love in just a few clicks” its something close to the rawness of The Picturebooks too. It really is astonishing.

“Meds” would be the best song of their careers, except there’s one called “Into Dust” that ranks as one of the greatest of the last decade. This is up there, though, and whatever album this eventually comes from already has a standout moment.