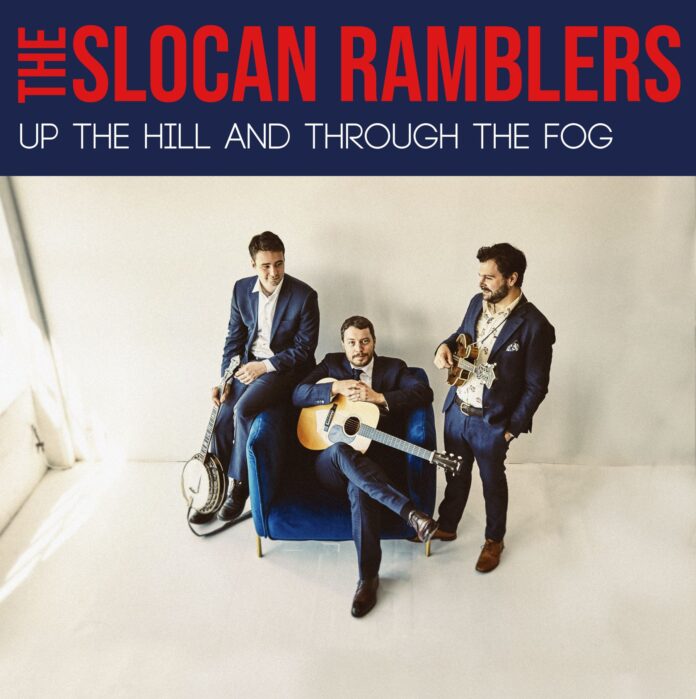 One of the many things the internet has ruined (it’s a long list) is the compilation cd.

It must have been 20 years or so ago when if we had the internet then we were still using Yahoo when a mate of mine handed me a cd that he thought I’d like. A best of he’d made himself for Steve Earle. He knew I liked The Supersuckers and they’d just stuck a CD out with the hardcore troubadour.

Within about an hour I’d bought all the Steve Earle records, probably from Play.com or somewhere. When they came, one of them intrigued me, “The Mountain” – the one he did with the Del McCoury band. I think it would probably rank as the first bluegrass album I’d ever heard, even if I didn’t know what it was then.

Which brings us to the new record from the Slocan Ramblers. Award nominations in their homeland are de rigour (although as their compatriot Stephen Fearing often notes “the Juno’s ain’t the Grammys”) but “Up the Hill and Through the Fog” does signal a change of approach. They’d previously been one of those “live in the studio” type bands. For this one they worked with a producer and went a little more complex.

Their 2019 record was a cracker, but the momentum stalled somewhat. There was a pandemic, but Over the next year, bandmates Adrian Gross and Darryl Poulsen both lost close family members and their bassist decided to step back to spend more time at home.

The result is a three piece with more cathartic songs than they’ve ever had before. Indeed, it’s almost like three albums in one given the differences in the tracks that Frank Evans, Gross and Paulsen write (there are no co-writes). It’s like the dynamic between Patterson Hood and Mike Cooley in DBT.

Like the Truckers, though, they are all bound together by the band and their brilliance. “I Don’t Know” is a mighty start. Harmonies, a kind of rock n roll. And a key line: “I promise my last words, when I am dying in bed won’t be ‘honey, there’s something you should know’” and maybe I am right and maybe I am wrong, but that speaks of the honesty here.

“You Said Goodbye” is your more conventional bluegrass hoedown. If you aren’t tapping your feet to it then either you have no feet or this record isn’t for you – either way I am sorry for you, frankly.

Another Evans composition “Won’t You Come Back To Me” is a more reflective piece, with a real poetry, and one of Poulsen’s couple of songs “Bill Fernie” is so timeless that it honestly could have been a cover. There’s one, but we’ll get to that.

The chemistry between the band is incredible. You can hear it through your speakers. “Streetcar Lullaby” boasts some lovely harmonies. The type that I See Hawks in LA, say, usually call their own, and “Bury My Troubles” sees all of them sing parts and its tempting to think of this track being their stoic, ‘whatever the world throws at us, we’ve got the music” type moment, and “River Roaming Song” knows its sense of place and worth.

The musicianship is sensational. “….Fog” wouldn’t work if it wasn’t. There are a clutch of instrumentals on it, each bringing something different to the table, but the Celtic-tinged folk of “Harefoot’s Lament” is perhaps the best.

Then there’s the aforementioned cover. When they are touring TSR have what they term “No Bluegrass Thursdays”. Naturally they gravitate to Tom Petty at such times (after all why wouldn’t you?) and their version of “A Mind With A Heart Of It’s Own” comes from that place. That they are able to own it here, merely underlines that a great song is a great song no matter what.

And this has loads of great songs on. The last one “Bring Me Down Low” is one. It has such a joy, even its darkness. And maybe that’s indicative of bluegrass in general. Whatever, though, “Up the Hill and Through the Fog” is a magnificent collection, from a superbly talented band. And that, is absolutely clear.

Previous article
BAND OF THE DAY: ADALIA
Next article
CHECK YOURSELF AND GO SEE WRECK YOURSELF