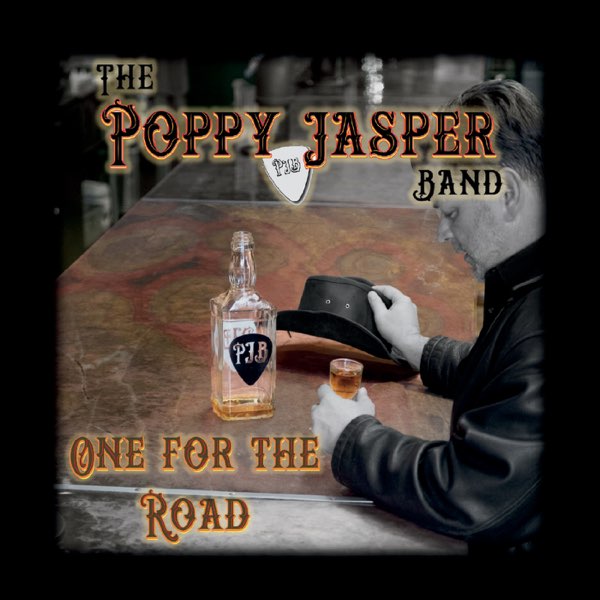 Just over a year ago, right here, on these pages I reviewed an EP I’d been sent from The Poppy Jasper Band. I concluded: “Clearly for Poppy Jasper Band, this music is as precious is the stone they are named after. Only 20 minutes, but as the solo hits in the last one, you are transported to that special place that only this type of music can do.

“From The Delta To The County Line”, let the words ring loud. This is fabulous. And yes, there are loads of bands doing it, but who cares? It doesn’t make this any less superb.”

In the October of last year, I was sent another one. “Good On Me” – which I apologise to the guys, I never got around to, I did 430 odd last year and just ran out of time.

No matter, though, as “One For The Road” collects together the eight from those EP’s before adding four more, and they – spoiler alert – underline everything I’d said last summer to be spot on.

So as a little recap, its like this “Mississippi Delta” is a mighty celebration of the music, “Wanted Man” does the rock star as outlaw thing, “Time Heals All Wounds” is as bluesy as can be (the guitar playing of John Ladas is stunning) and the harmony on “County Line” is as West Coast as you like.

Then the other EP, “Good On Me”. Well that one contains what might be the best of the lot in the shape of “Best Things Of My Youth” and its acoustic reflections, the raunchy title track makes up for what it lacks in refinement by being a fun ZZ Top style boogie. “The Road” sees Ladas take the vocals from Stephen Beard and go in full on troubadour mode, it suits him.

“Who Asked You” – the last of them – is almost the State Of The Union for the boys. Unapologetic, and right there on the battle lines. It’s not hard to see this as a latter day Skynyrd song.

Notwithstanding the fact that the vast majority of the people listening to this might not have heard the EP’s the four “new” songs are superb. “Whiskey River” adds a touch of the 60s to the dirt road, flannel shirted feel, “Oz” recognises the fact that music is built on hooks, but there’s something so “real” for want of a better phrase, about these boys that you are swept along.

Indeed, by the time “Never Enough” – the last one of the new ones – finishes the album off, you are left with the thought that Poppy Jasper Band are only scratching the surface so far. Clearly talented (the three lead vocalists alone tells you that) and clearly steeped in the music they play, they are capable of taking this band anywhere they want to go.

This feels like the end of Chapter one. And given how thrilling it is, chapter two is going to be a hell of a thing.