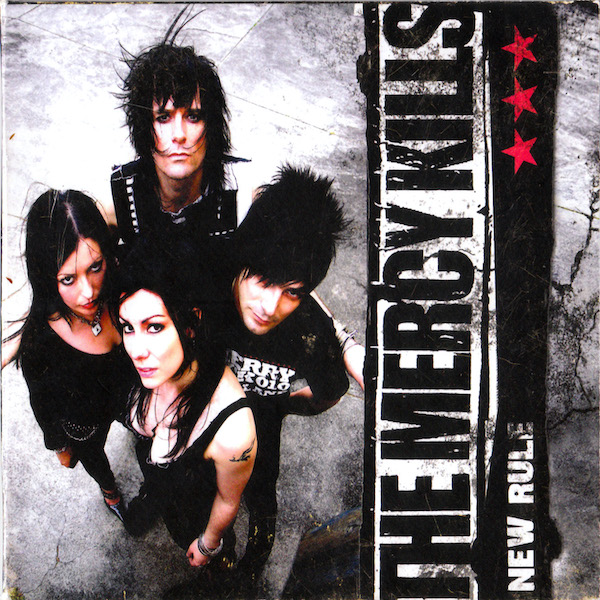 Let’s play a game of ”when is a new album not a new album”, shall we?

The answer is “New Rule”.

It’s kind of fitting, really that The Mercy Kills have ransacked the archives for a new record, given that last year the Brisbane mob put out a Best Of and that was the first time I’d heard of them. Whether I should have been all over them for a decade or more, is a rather moot point, given that they are genuinely innovative and their music is genuinely different.

Anyway, whether you are a long time fan or a Mercy virgin, kind of doesn’t matter either. The fact is that “New Rule” sounds mighty. It was their debut record, for clarity and its getting a full release for the first time.

Right, that’s out of the way. What you need to know, is this and only this. “I Wanna” is essentially what a mash-up between White Zombie and Guns N Roses would sound like. The title track adds a touch of punk rock lip-curl, and the harmonies from Jen X Costello and Nathalie Gellé take it into a bit of a Go-Go’s place, and sounds like they’ve sniffed a lot of glue (which judging by the documentary I watched is about the only thing that the Go-Go’s didn’t sniff).

The reason TMK are so hard to pin down is laid bare on “So Many Times” which is by turns thumping, driving and damn sleazy. But it’s also full of chunky metal chords and Mark E’s punk delivery.

The last two were both on “X” the aforementioned best of, “Fall” would – and I am certain on this – still fill the dancefloor in any club they played it, and sound incredible live. A fabulous song, it is so good, you wish you’d heard it in 2010 and “Go” has a go at being a touch more widescreen and ambitious, but rather neatly sounds like it would still fancy kicking you to death if you spilt its pint.

“New Rule” is proof that if music sounds dated it was never that good in the first place. No nostalgia trip, instead, “New Rule” just, well, rules.