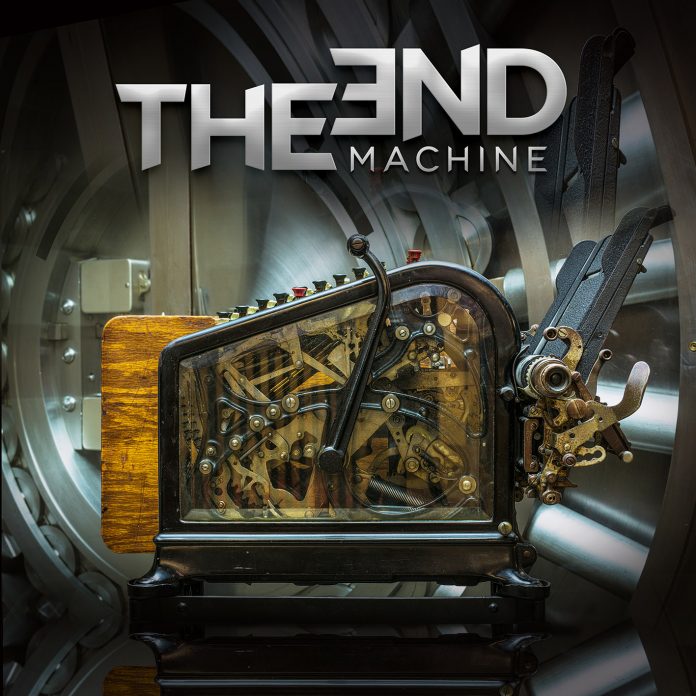 It’s one of those words, isn’t it? Used so many times that it actually means nothing.

The other week I got a press release sent to MV that described the band as a “supergroup of sorts.” Now, the “of sorts” here rather stretched the meaning. It was a collection of blokes who were in metal bands in the Midlands. That’s where I live, and I’d heard of two of the outfits.

The End Machine, though, is a little different. Three of them were in Dokken in the classic period. George Lynch, Jeff Pilson, and Mick Brown (the latter is still in the group) and current Warrant singer Robert Mason.

As Pilson puts it in the press pack that accompanies the record when asked the – not unreasonable – question of “isn’t that just Dokken without Dokken?” “Musically, of course there’s bound to be moments that will be reminiscent of Dokken. That’s only logical. But, my guess is there will be less of that than people would expect.”

And he’s not wrong, either. If you expect, confident, classy hard rock with hooks and choruses then you aren’t going to be disappointed, but if you’re looking for some 21st century version of “Tooth And Nail” then you’d best look elsewhere in truth.

Instead, these 11 songs, rather brood, doing their own thing. “Leap Of Faith” for example, builds slowly and has a much darker sound than you might think and if “Hold Me Down” races out of the blocks a little more, then it does so in a way that is more like Lynch Mob.

There is just a hint of sleaze here too, in the chug and in “No Game” there is an AC/DC-ish opening. Although everyone here is too skilled to make a mere copy, so it’s soon off on its own little tangent, sounding not unlike a modern Whitesnake song in truth.

“Bulletproof” sees Lynch prove yet again what a clever and versatile guitar player he is. Bluesy touches here, and a mighty riff there, the thing sounds huge and is the type of effortless sounding hard rock that he’s always kind of specialised in.

“Ride It” is a real highlight – and one which sees the shackles come off. If you’re looking for an anthem when you’re driving in the fast lane then its right here. “Burn The Truth” is less immediate, but goes where it wants in superb fashion. The way it builds, the way the harmonies are done is a masterclass, really, in what we might call grown up rock n roll, for want of a better phrase.

It’s a feature of The End Machine (both the band and the album) that there’s plenty of texture. The catchy “Hard Road” adds a funkiness, as Pilson’s bass is to the fore, while “Alive Today” has a totally different dynamic with the more modern crunch it adds to proceedings.

Although they have done everything they can to keep this fresh, on my notes for “Line Of Division” I simply wrote this: “classic US Hard Rock.” And I stand by that too. Those that grew up in the thrall of the 80s greats will find much to enjoy here, but that is eclipsed by the wonderful “Sleeping Voices”.

At first you think to yourself: “oh right, here’s the big ballad” but as if to prove you’d best not second guess them, it builds to something enormous, and is just about the best thing here.

But more than anything, if you are looking for the reason as to what drove them all to do this, then you could do worse than start at the end. “Life Is Love Is Music” has a message as simple as its title. Find something you love and do it.

For these boys, it shines through. And, you’d best believe it doesn’t sound like the end of anything. Merely the start of something pretty great.