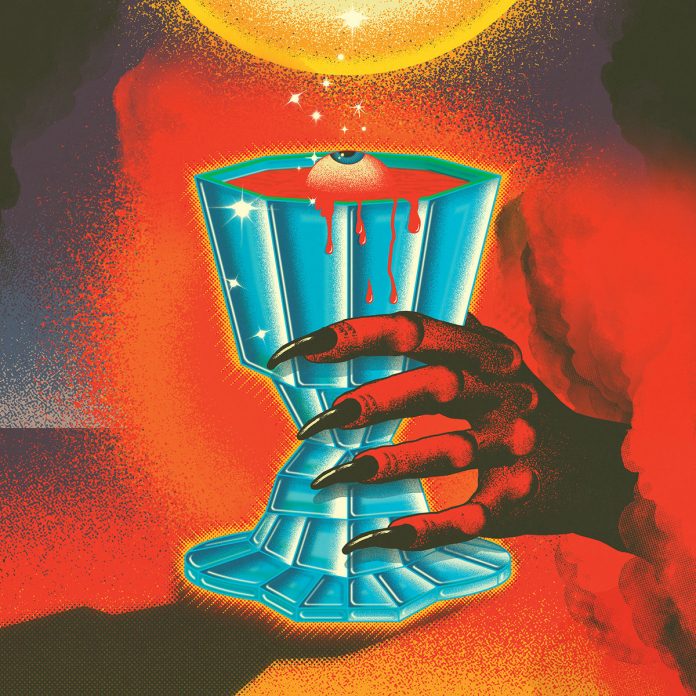 Every so often we like to do a series on here (a bit too often, if we are honest) called “Andy knows nothing”, it basically explains how little MV knows about what it claims to be an expert on.

So here’s the latest instalment: Andy never knew that Dolf De Borst, once of Hellacopters spin off Imperial State Electric, was Dolf Datsun. Or if I did, I’d forgotten.

You can file “Eye To Eye” in the same column, too. That is to say, I’d forgotten how good The Datsuns were until this came.

Thanks to the miracle of google I can tell you that on 18th Jan 2005 I was in the NIA as it was then called to watch Velvet Revolver. The opening band that was The Datsuns. I was a fan, I had both their albums up to that point and their brand of rock n roll was a thing of fuzzed up beauty.

I lost a little touch with then around the turn of the century, but when this – their first album for seven years – arrived in the MV inbox, it produced a smile of reverie.

Listening to it did more than that, because “Eye To Eye” is not just a fabulous return, it is purely and simply a brilliant record.

I don’t often read reviews that aren’t mine, but I happened to catch one for “….Eye” and it said “The Datsuns don’t fix what wasn’t broken” and that is essentially the point, certainly the overriding feel from the get go (the phenomenal opener “Dehumanise” is that of a band that is not only desperate to rock, but also desperate to make up for lost time.

The organ is integral to the sound, like Deep Purple, but with more scuzz, “Warped Signals” adds just a touch of Iggy Pop to the mix too, while fans of latter day Hellacopters (and I make no apologies for mentioning them again) need to head to the brilliant “White Noise Machine” and I make no apologies (for the second time in sentence) for also suggesting that Dolf sounds just a little bit like Mark Chadwick from The Levellers.

Pretty much everywhere you look on this, there’s a glorious melody, a stacked high harmony or a razor sharp riff, sometimes like on “Sweet Talk”, they all align together. Or on “Brain To Brain” – a single we had on the site – it is like a musical roller coaster ride.

“Moongazer” goes off to find its old Sweet records, and comes back as high as a kite, as a metaphor for the record, its as good as any, frankly, but they balance it out rather nicely with the fact “Bite My Tongue” has the air of Motorhead jamming with early Kiss.

Frequently these songs pull of a very neat trick. That’s to say they sound like they are epic in scope, but are anything but prog. Take “Raygun” for example. On one hand it sounds like night Flight Orchestra, on the other it has the brevity of a punk track. That’s because they keep it raw. There’s a type of late 90s indie feel to “Suspicion”, but there’s a freshness – or perhaps more accurately a timelessness – about it too.

“Other People’s Eyes” rockets off down a highway to hell, to do who knows what (I don’t know, but it sounds fun) and “In Record Time” seems to take its cue from those bands that always are in the desert looking at the stars, taking Peyote and altering their minds.

Fittingly, perhaps, “Eye To Eye” is quite a trip. All that “if it ain’t broke, don’t fix it” stuff, is rather damning it with feint praise, the truth is, its just a fine band making the music that comes naturally.