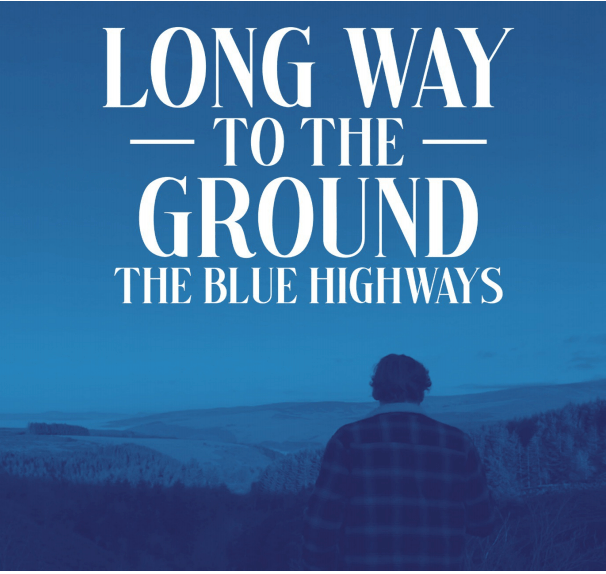 I’ll bet you can’t even remember last summer anymore can you?

Last August – before the world descended into a morass of bleakness, as never ending Brexit stuff gave way to something far worse – there came along a quite phenomenal EP from The Blue Highways.

Not only did the review give me the chance to recount the (unfortunately) true story of the time in the mid-2000s, that me and my brother formed a rock band for a day and my brother actually looked at vans on Auto Trader (I’d like to say we were kids, but we were both in our twenties at the time) but it also gave me the chance to end the piece thus: “This one is for the dreamers. And these are our boys. For The Blue Highways, the sky is the limit.”

Fast forward those eight or so gruelling months, and they are back. And with a full length to boot.

Now there’s always that thing. That nagging doubt of whether the band can make the leap from EP to album.

Now here is where this gets odd. And I say that because the fact that the four songs from the debut are all amongst these ten, and that would set alarm bells off, generally speaking, but not here.

Nope, and that’s because the other six are just as good.

The opener “Teardrops In A Storm” is only five minutes or so long, but manages to build quite brilliantly, and if you’re looking for a comparison, then I am giving you this: early Elton John. You know, when he was brimming with rock n roll, when he was responsible for 4% of all record sales on the planet? That Elton John.

The Lury Brothers (and Peter Dixon, the only non Lury here) just have something in them that they understand how this is done. The organ of “Thin Air”, Callum’s voice (which doesn’t sound English, but its still perfect for the music), or the superbly picked out guitar lick. Whatever your bag is, dive right in.

They can do darker and more reflective too, if you like. “Long Way To The Ground” – the track, as opposed to the album – has just a tinge of Curse of Lono about it, “Cover Me” has a hint of Springsteen, and the more folky “Berwick Street” gets bonus points for namechecking The Asbury Jukes in its lyrics.

It also needs saying that the lyrics are superb too. Throughout the record, the words match the music stride for stride – and whilst many bands have one or the other, TBH have both.

“Borderline” teaches Americana bands how it should be done, and whilst I haven’t mentioned the four “old” songs as it were, so far, the horns of “He Worked” are spot on, and I recognise more of myself in “Has Anybody Seen My Baby” than I might admit. Put it this way, if you are the type of person who still thinks your ex of ten years ago might want that late night text, then you’ve got your anthem.

So up to a point you can still say it will be interesting to see how The Blue Highways develop as they progress, you can also say for certain that the best new UK Americana band is right here.