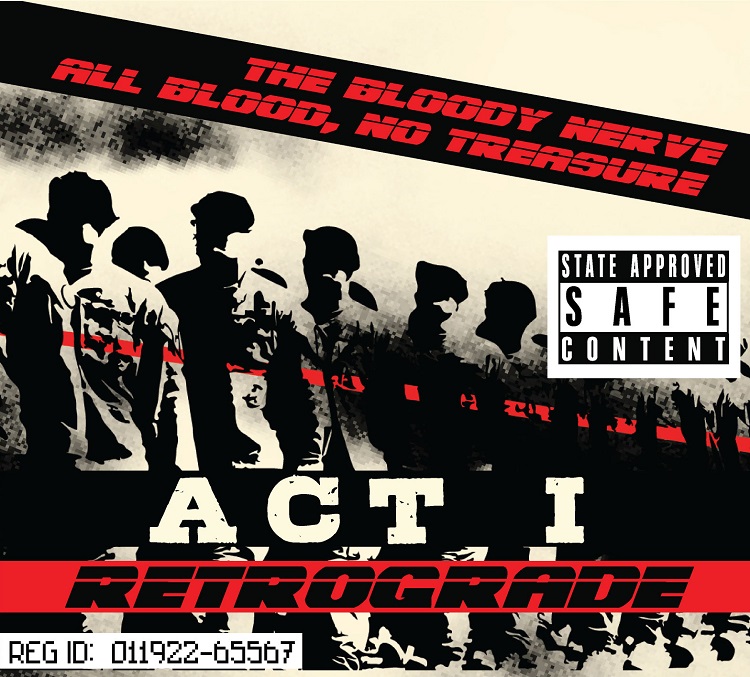 Welcome to the first of a four parter. The Bloody Nerve have evidently decided the album is dead, because they are releasing this one in instalments. To be fair, if “Retrograde” is a guide, then it’s a kind of “love it now, listen to more later” deal.

The Bloody Nerve are from Nashville. If they’ve never been “country” or indeed “western” then they were, if I recall their “Taste” album correctly, a sort of soulful rock crew. A bit like The Last Internationale. Evidently, Stacey Blood and Laurie Ann Layne as well as deciding that the album is defunct have declared that the harshness of 2021 needs a raw approach.

“A Million Arms” starts with a crescendo and builds from there. Swinging like it means business and no mistake. And that’s just for starters. “We all know about your history/You’ll get a fuckin’ war that you won’t believe” roars Layne. It sounds like a threat. It probably is.

“What’s It Say (About You)” marries a Nirvana-esque guitar line with a strange harmony. The sloganeering lyrics are in place here too, as if daring you to take them on. Indeed, after the opening of “Roads” casts Layne at the pulpit, you probably don’t want to.

The rest of the track, though, borrows from the likes of Stone Temple Pilots and a string of 90s bands, but man, that voice, that soul power. That’s undiminished, and as such The Bloody Nerve stand almost alone amongst the competition.

A bit like that Sunday evening must watch TV, you need the next episode, but before we start comparing them to Line Of Duty, lets just instead say this: The Bloody Nerve’s new EP is bloody good.