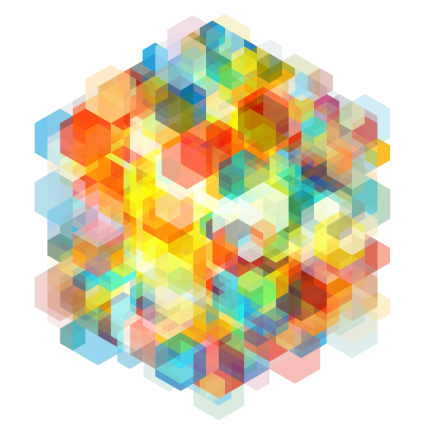 After their usual game of singer hokey-cokey (the old one in, the new out) you could forgive Tesseract for being unsure whether they are coming or going.

The shift this time has seen former singer Dan Tompkins back behind the mic stand, Tompkins was himself the third vocalist the band had tried, and there’s been two more since – including Ashe O’Hara who performed the job with pretty reasonable distinction on the bands last tour. But yet for all the singer shenanigans the general Tesseract graph is an upward one. Their shows sell out big venues, and musically too they are in a damn fine place. Their last full-length record, 2012’s “Altered State” was superb, and followed on in a natural way from the tremendous debut “One.”

So, if all the disruption has affected the band you’d never know it, because “Polaris” is a collection which is full of class and enormous depth.

There are a couple of things it isn’t, however and the more extreme vocal delivery which categorised their early work has largely disappeared. So to, thankfully, is the silly “djent” tag was attached to the band (largely, it seemed because Metal Hammer Magazine had invented a genre and wanted to be behind something like Sounds Mag were to the New Wave Of British Heavy Metal). Whether Tesseract ever wanted to be lumped in with a bunch of bands that were meant to sound like Meshuggah but didn’t really, you’d have to ask them, but “Polaris” moves them way away from that debate.

Indeed, it is initially something of a surprise just how mellow “Polaris” is. Gorgeous vocal harmony and rather lush, slow building prog is the order of the day here to a large extent. Opener “Dystopia” might have those trademark discordant, staccato riffs, but the single “Hexes” is (dare we say) a mature track, and yes “Survival” and “Tourniquet” might have their heavy little flourishes, but they aren’t a million miles away from the work of Steven Wilson or Anathema.

But reflect on that early jolt and its not that much of a leap at all. Tesseract have been making this type of music for a long time, and “Polaris” very much feels like the next step on their natural journey. A progression, of course, but what is Prog Rock if not the search for a new challenge? In that context songs like the brilliant – and possible album high water mark – “Utopia” take on an extra dimension.

The short duo of “Phoenix” and “Messenger” give Tompkins – who does a manful job here, meshing magnificently with the guitar work of the long standing James Montieth and founder Acle Kahney – the chance to really shine.

There is a feeling that this a real band effort. The musicianship on view is on occasion stunning as everyone concerned seems to have stretched themselves. They’ve performed the trick of giving the feel of the album being epic without any of the songs being overly long. Never is this better shown than on the closing “Seven Names” which you’d think was going to be an intricate 15 minute affair, but actually gets its job done in a pretty timely manner.

“Polaris” is a brilliant record, but it’s not a heavy record, and it will be interesting to see if they can carry the fans of their earlier material along. For an album called “Polaris” it’s not particularly explosive, but it finds a way of taking a hold and not letting go. Tesseract have grown up and they’ve made their move.