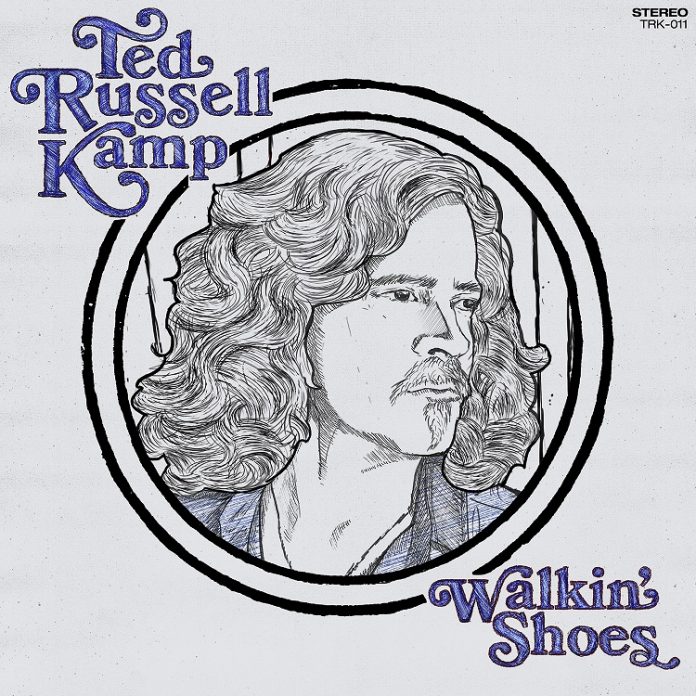 There’s a place near where I live. It’s a café in the day time, and in the evening they clear the tables away and stick a microphone in the corner to stage some of the best folk/Americana gigs you’ll see anywhere.

I’ve never seen Ted Russell Kamp there, but I’ve seen plenty of others, and my thoughts went straight to them when Brian Whelan (one of the many guests here) sings these words on “Home Away From Home” – the first song on this his 11th solo record. “I didn’t come here for the money, I didn’t come here for the fame, I just hope it makes you smile every time you hear my name.”

And in so doing, actually, he smashes the nail bang on the head as to why “Walkin’ Shoes” is so damn good: its from the heart. On “Paid The By Mile” for example, the country tones are those of a proper itinerant road dog.

Something like Will Hoge, maybe, these are tales of the byways, of the times away from home, but they mean something to us all. “This Old Guitar” discusses the ageing process through the prism of his instrument and comes to the following conclusion: “if you play rock n roll long enough, the blues is what ya get….”

It shouldn’t come as any surprise that Kamp is so good, to be fair. Shooter Jennings’ bass player since 2004, he’s been known to pen the odd hit for yer boy, “Steady At The Wheel” anyone? What did cause me to raise an eyebrow, perhaps was the more bluesy moments, like “We Don’t Have To Be Alone” which takes things into a new area.

“Heart Under Pressure” features some wonderful vocals from Jaime Wyatt and evokes memories of those Elvis Country records that I used to “borrow” from my mother as a boy, such is the timelessness on view here. “Tail Light Shine” has a different vibe, in truth, and its dirty groove suggests that he’s about to relish leaving this time.

“Highway Whisper” is a counterbalance. So fragile it sounds like it is about to break, just vocals and bass, it is another example of the superb stuff throughout. Kamp sings this one himself as if to show its extra importance.

There is an everyman quality to this. “Get Off The Grid” speaks for many of us when it deals with confusion of modern life: “my car has a computer brain that tells me where to go, my son plays video games all day, with strangers he don’t know….” He sings and he genuinely sounds perplexed. The music is straight from the honky tonk too, which seems to be deliberate, because whatever else changes that never will, perhaps.

The organ on “Written In Stone” gives that a lighter, funkier tone, while “Freeway Mona Lisa” sounds positively world weary and “Just About Time For A Heartache” has wonderful harmonies from Andi Zack-Johnson.

A jazz like flavour permeates “Less Thinkin’ More Drinkin’” but no one really believes that those long nights on the road aren’t made for going round in circles. Thing is, though, these good ol’ boys are made to keep on truckin’ and there is something of Shooter’s old man about “Roll On Through The Night”.

These 13 songs are those of a proper troubadour, of someone who lives on the road and plays his guitar because he can, whether it is for 10 people or ten thousand. That’s a given. What “Walkin’ Shoes” proves, though, is that Ted Russell Kamp can deliver them with a rare skill too.