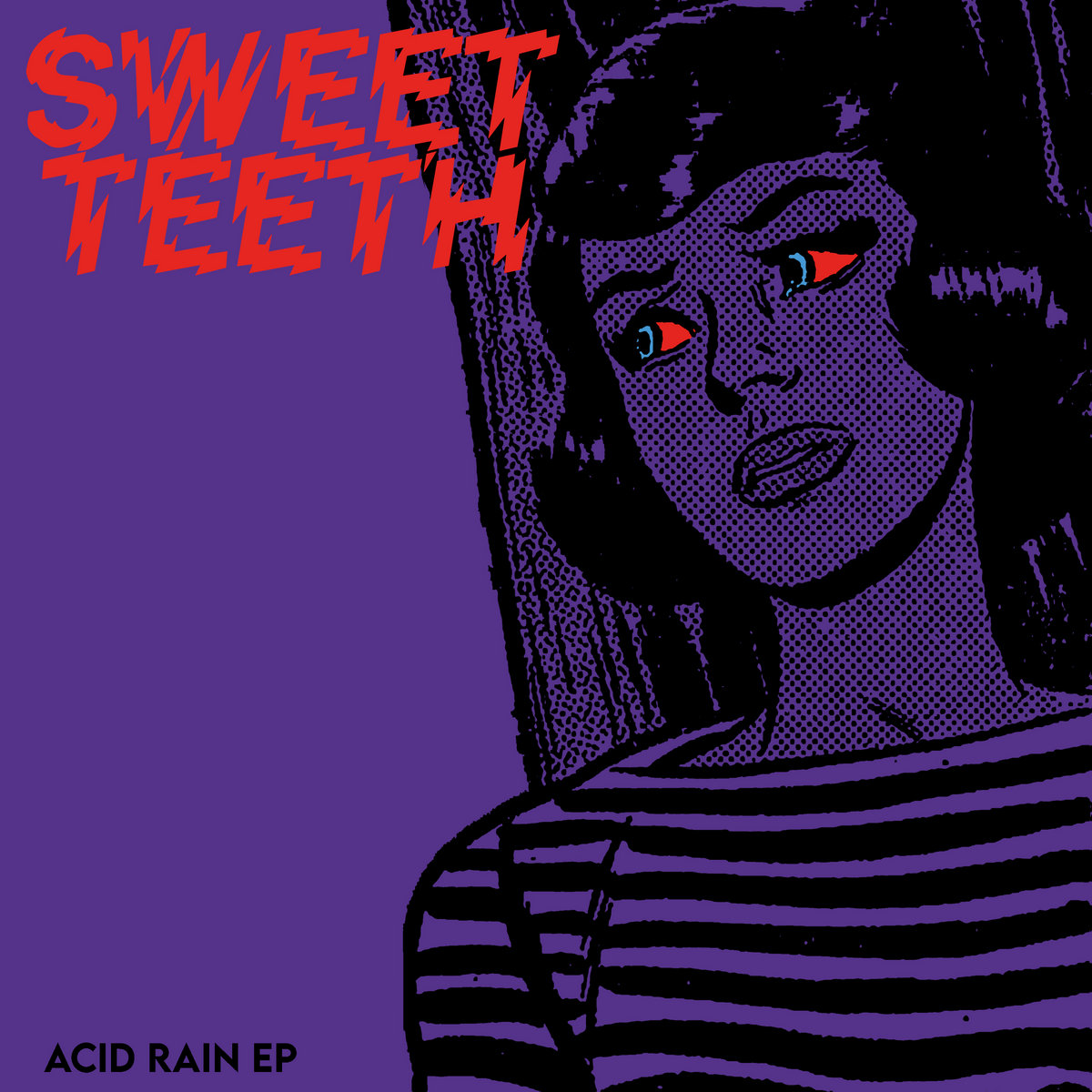 In the spirit of the opening song, “Shattered Glass Face”, let’s get straight down to it, shall we? See, when it comes to “Acid Rain” there’s no preamble, no easing you in gently, no slow build up.

If this was sex, its less the tantric stuff with Sting, than a hand shandy in the multi-storey – while the barriers go up.

And yet, for the 48 seconds its with us on this earth, “……Face” is the best knee trembler you ever did have, a proper song too, somewhere between Husker Du and The Hellacopters, and my, how they start as they mean to go on.

A supergroup, of sorts (and yes I’m stretching the point) Sweet Teeth have emerged from rural Sweden with a cast of characters that are from bands like The Deadbeats, Disfear, Dollhouse, Year Of The Goat. Tortyr and The Dontcares.

Which is lovely, but the thing they’ve missed out is “My Heart Is Big And Broken” comes in with the same sort of energy as “Infernal Love” era Therapy? When they were high on speed and full of tune, the title track has a similar intent to the Foos (but with about 30 million less records sold, at a guess.

Fair play to them for trying to invoke the spirit of the Senseless Things, though, on the jangly “Is There A Cure) – RIP Mark Keds too, by the way – and also for the way that “Web Of Your Arms” stomps about.

“Her” is a supreme example of what they do. Puppy with a Skittles overdose, alt-rock without the earnest stuff, The Replacements if they were on a promise and had to get off the stage. You choose, just don’t ignore them.

The last one “Tornado” blows in and out again after an intro that is almost post-punk. This has no time to be post anything, though, it’s the pacemaker and is out in front.

This is an EP not so much to lose yourself in, good grief, its 14 minutes 39 seconds long, Dream Theater have got intros that long (or Sting is just about taking his trousers off if we are to continue the opening analogy) but one that possesses more visceral thrills than is good for the health. More sugar, might be good for the diet, after all, and this is a hell of an “Acid Rain” shower.