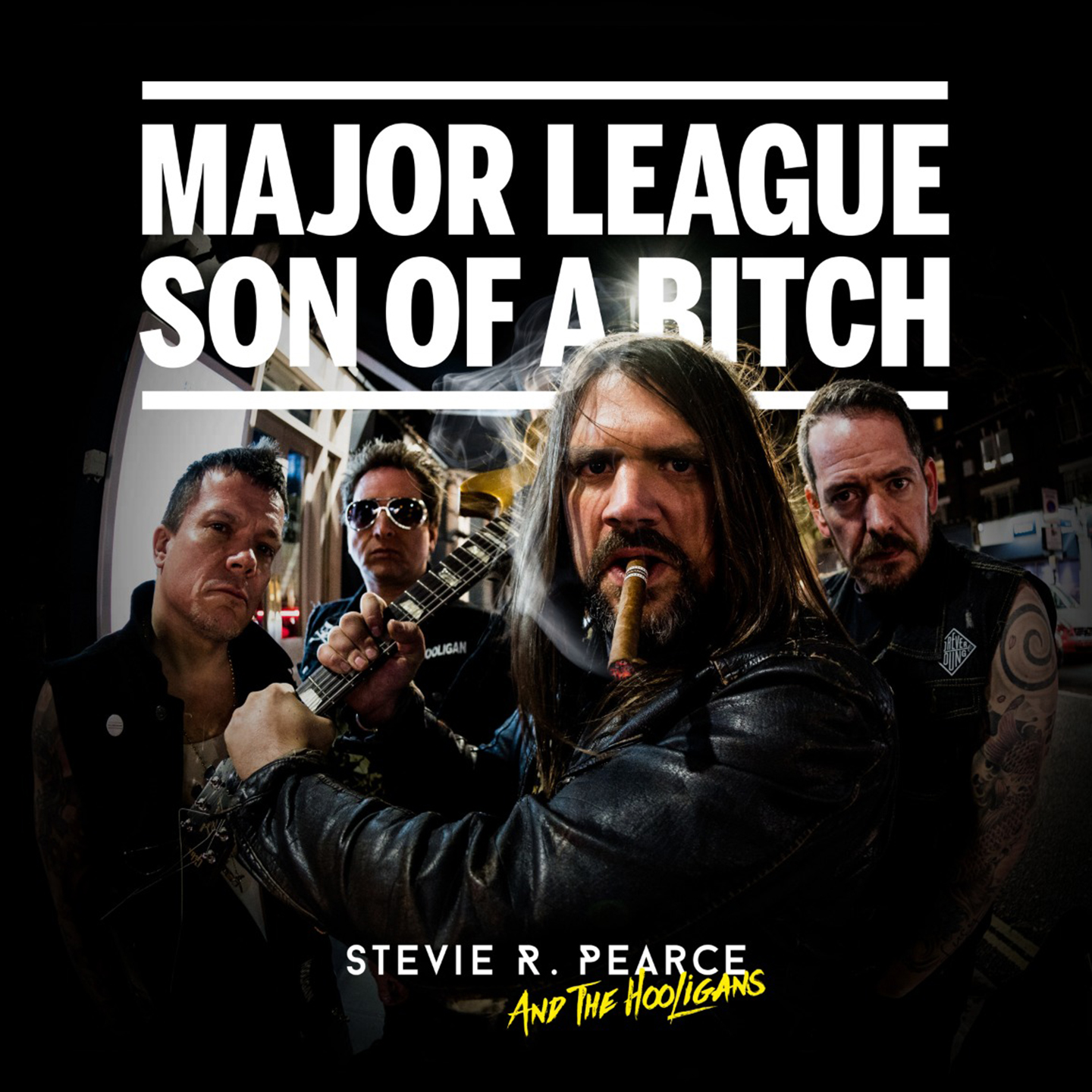 I reviewed Stevie R Pearce’s debut record with The Hooligans a few years back and when I did, I wrote that “bits of this are sleazier than Donald Trump’s Internet search history”, but Pearce has more going on. Always has had.

For one thing he’s worked with Love/Hate, Warrior Soul, he’s been in the stunning Black Bullets and his solo endeavours are tremendous fun.

Our boy Stevie, you see, he loves rock n roll. Hell, he IS rock n roll. How much he loves it is rather neatly underlined by the opening song here. “Rip It Out”.  And I don’t care how much you love music, would you rip your heart out for it? 1-0 Hooligans, I reckon.

It’s noticeable just how much more punk flavoured this one is, to be serious. “I’m On Fire” might begin with the line: “I glow in the dark, like a neon shark”, but who cares? Not everything has to win a Nobel Prize for literature, and this would bang in a moshpit.

Even the ones that aren’t punk rock chug along with a melody, “Rush Of Blood To The Head” has early 90s floor filler written all over it – it was the first single from this and you can see why. The chorus soars.

The guitars are filthy. Like a biker gang dripped in grease, and “How High” adds in a touch of AC/DC to taste, the title track slams too, with a kind of fists in the air swagger. But there’s the words: I am very well acquainted with the seven deadly sins, I spend all of my time trying to fit them in” and you kind of know that’s how Pearce either lives or wishes he did. Which it is, who knows?

To be fair to it, there’s plenty of scope to this. Even allowing for that, though, who thought there’d be an acoustic ballad? “If I Were Blind” is just that, though, and its not bad – its just that stuff like the 80s NWOBHM homage “Over The Top” suits them so much better. “Just A State Of Mind” has a bit of a go at “southern rock” and its big arena filling intent is at odds with the sweaty clubs that you know are the natural habitat for these skirmishes.

There’s no doubt about the most surprising one. “Information Not Advice” sticks out at you. Serious social commentary isn’t what you imagined from this album, but its what you got. A quasi prog metaller, its even got a spoken word anti-lockdown message taking part of a speech given by that tubby bag of shit in number 10 and wondering about the effects on mental health and physical well-being. It’s both an about turn and extremely good.

“Fleshwound” is equal parts street gang and Sikth. It’s another that sets itself apart from the rest, and also one which suggests that SRP is just positioning himself in case he fancies a change. “Lunatics By The Pool” get back in the fast lane, and dusts the old Sex Pistols records off to discuss Englishmen on holiday.

The last couple, “Trouble” in particular, have a groove that you can’t ignore and while “Hammered” does the same, it also adds a bit of social awareness to go with its superb energy. Think Three Colours Red from back in the day.

Scanning the tracklist, as you do, I’d imagined that this last one might be a boozy soundtrack to a night out. And of course there’s sex, drugs and rock n roll here, but on “Major League Son Of A Bitch” Stevie R Pearce and The Hooligans move into newer horizons, on an album to be proud of.