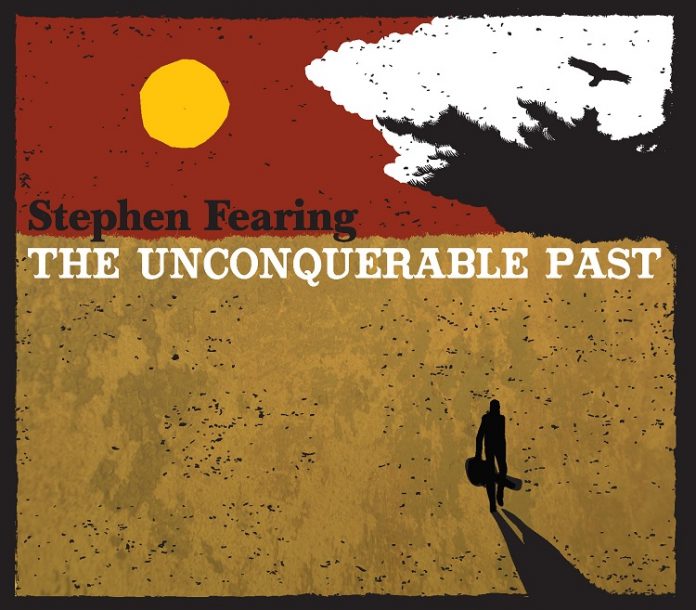 “Vote empathy”, arguably the greatest of them all, Billy Bragg, had said when I saw him just a week or two before we had an election in this country at which, it seemed to me, the UK did anything but.

But we are where we are, and that’s it.

Those words of Billy’s, that night, were in my mind when listening to Stephen Fearing’s new album, about halfway through, “The Unconquerable Past”, there’s a slow, soul tinged ballad, called “Someone Else’s Shoes”, on which this verse appears.

Before the payoff: ‘Cause you won’t find the road to love ‘Til you walk in someone else’s shoes

Now, I don’t know whether that is the centrepoint of the record for Fearing, but it feels like one for me.

After all, we live in a world where we are “bored of experts”, where “facts” are transient, where it seems to be ok to be openly racist, under the guise of free-speech.

We are – if I may borrow the title from one of the songs on Fearing’s last record – a “Blowhard Nation”, and “….Truth” for me anyway, discuses that absolutely brilliantly.

The thing is, though, that these songs on the Canadian’s 13th solo record may well mean something totally different to you. That is always the case with wonderful songwriting.

The unifying factor, surely, is the class on offer here. There is a gorgeous poignancy about “Break Our Mother’s Hearts”, and yes, I thought about my late mum here absolutely I did, and the guitar playing on not just this one, but everywhere, is such a joy.

SF is an artist that people try and categorise, but cannot. And doubtless he finds an amusement in that. On this one, he’s continued down the path that the last one “Every Soul A Sailor” did, and it’s a “band” effort. The musicianship on “Gold On The River”, in particular Scott Nolan’s organ, makes that one, while “Stay With Me” injects a real, almost rock n roll energy.

When you add in the fact that Fearing sounds like no one else, either, this is a special mix.

“Marie” mixes its gentle, wafting tones with a vitriolic attack on “tin foil hat religion” and “dark conspiracy” (and given the intro to this review, you might not be surprised at my support for the line that: “the brown shirts are back and the boys are hanging out with the Tories…..”), and the more country title track seems to exemplify its mournfulness with some superb lap steel.

“Sunny” is a classic singer-songwriter take on escape, but it’s done so, so well, while “Christine” is as different again. Somewhere between Sun Studios in the late 50s and The Stray Cats, and the way Fearing uses language is always interesting, but hats off really for this: “My woman’s like a teabag You throw her in the pot But you never know how strong she gets until the water’s hot” which adds not much to this review, but deserves mention.

“Emigrant Song” – one written with Belfast singer songwriter, Andy White, – is beautiful. Widescreen, you can almost picture the travel, but it is another example of the way he does things always with a fresh perspective that you hadn’t thought of. Like on the last album – one of my favourites of the last few years – where a song that mused on who wrote the obituary writers obituary appeared, and the Accordion here is so evocative.

It ends with one that Scott Nolan wrote, and “No Country” has a kind of fragility, but at the same time a stoicism that says “we’ll get through this, together.”

I was lucky enough to see Stephen Fearing live at a couple of his shows in the last few years and one story he told sticks out for me writing this. The band with which he made his name, Blackie And The Rodeo Kings, came over to Shropshire for a festival show. From Canada. Then flew back. “We’d never thought to add any more dates,” he’d smiled ruefully. “We are the most dysfunctional band in the world.”

I look at it differently. Those are the actions of a band for whom music and not business, is the point. That love of the craft is all over “The Unconquerable Past.”

And the results are, quite simply, stunning.