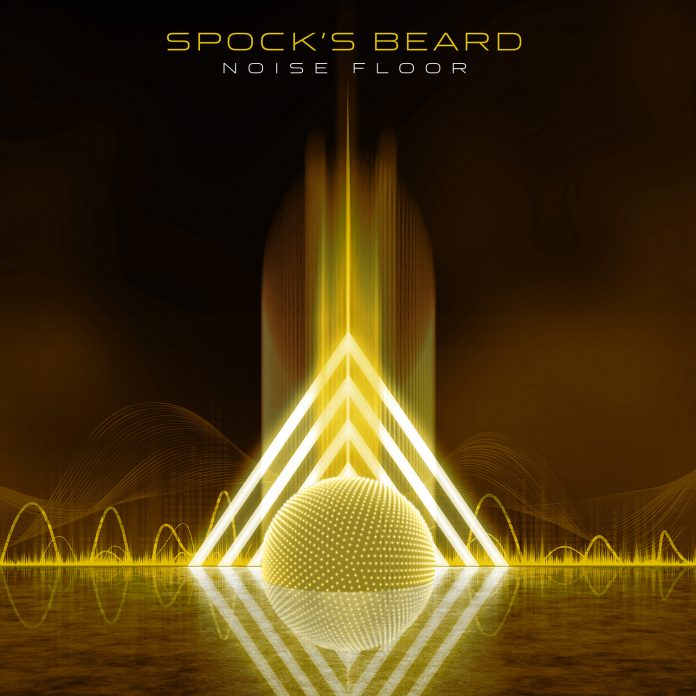 Only in the world of prog, perhaps, would a band term a double album as being something akin to a new start. Nonetheless in the build-up to “Noise Floor” Ted Leonard, the band’s singer and guitarist, reckoned: “We still love our crazy prog, but now appreciate how important it is to grab people’s attention early on.”

In truth, Spock’s Beard have always been just a touch more accessible than many of their peers, while their music, is perhaps less austere than some. There is a warmth, a welcome, if you will that isn’t always there.

To that end “Noise Floor” is lengthy, but collectively, rather than some labyrinthian 20-minute song so confusing that you have to stick a trail of breadcrumbs down to find your way through it. The wonderful opener “Breathe Another Day” is basically the band in a nutshell, with its Deep Purple flourishes and a gift for rock crunch, it is the sort of song that acts as a signpost for the rest.

“Bulletproof” comes complete with a hook that burrows deep, and has the feel of a cop drama from the 70s, “Somebody’s Home” has a tinge of Latin here and there, but also the English horn gives it something of a twist.

In the middle of the first disc and also acting in many ways as the centrepiece, is “Have We All Gone Crazy Yet?” Spock’s Beard’s State Of The Union, more or less, there is a hint or two of Yes here, but it is unmistakably SB. Keyboard wizz Ryo Okumoto plays a blinder throughout, but never moreso than here, while Alan Morse kicks out some casual blues licks, and having Nick D’Virgilio back on drums for the first time since 2011 is a boost.

The music is staggeringly diverse. “So This Is Life” is so relaxed it almost floats, “One So Wise” seems to bottle the essence of the classic prog sound, but is followed by “Box Of Spiders” an instrumental which veers from having a real 80s sound to being genuinely heavy.

In typically contrary fashion, disc one ends with “Beginnings” – a perfect and perfectly grandiose conclusion, and one with superb harmonies to boot, while  “Days We’ll Remember” begins disc two as very much its overture, and “What Becomes Of Me” is as epic as you like, but does its work in six minutes.

Elsewhere is full of interesting rhythms, but is never so complex as to be impenetrable, while it all finishes – and its tempting to imagine the titles going up over some imaginary film as it does – with “Armageddon Nervous”.

And although fear continues to grips the planet, it is not the case here, as this most inclusive of bands does it again. All of which means that even though “Noise Floor” is quite the journey, there is no one better at doing it – and Spock’s Beard’s position without peer is not even a close shave.

Previous article
DAN BAIRD AND HOMEMADE SIN @IRON ROAD, EVESHAM 24/05/2018
Next article
BAND OF THE DAY: IN THE CARDS