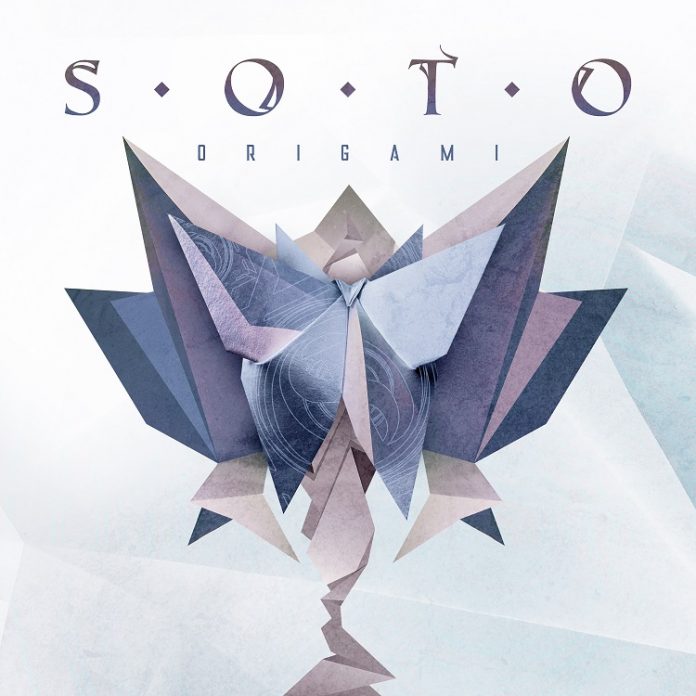 Jeff Scott Soto is almost mythical in melodic rock circles. You name it, he’s probably done it, and if there’s been a band that needed a singer in the last 30 odd years, then Soto has probably either had the gig or been considered for it. From Axel Rudi Pell to Trans-Siberian Orchestra to W.E.T he’s been there, with his stunning vocals.

And yet it wasn’t until the wonderful Sons Of Apollo record, released last year, that (for my money at least) he found his voice. That album was a real muscular prog metal type thing, and it showed a side to JSS that perhaps hadn’t always been evident.

It sort of had, these Soto albums – they are a band born out of their leader wanting to go darker – were harder edged, but this third one “Origami” is the heaviest and bravest that he’s completed to date.

Primarily because the 10 songs here – for all the twists and turns its only 45 minutes long like the great albums used to be – are comfortable, confident and ready to take chances all over the place.

The tone (this is meant both literally and metaphorically) is set right from the off. “Hypermania” kicks in with a real electro pulse, as if to signpost straight off that this is different. It is huge, bold, overblown (and that’s a compliment) and brilliant. So brilliant, in fact, that we’ll forgive the rhyming of “hypermania” with “no brainier” at one point.

This is a real band effort, Tony Dickinson (who joined TSO last year) is on bass this time, but Jorge Sala on guitar excels, while BJ’s synth drives this on. It is all over the title track – as are pummelling drums and mighty harmonies – and “Origami” (the song) wouldn’t have been out of place on that SOA record in any way.

Whilst this is not a “metal” album as such, there are some real touches of it throughout. “BeLie” does a loud/quiet dynamic fabulously, but when it crushes, it really goes for it. “World Gone Colder” does likewise, and when Soto roars lines about “rising again” it is not difficult to think that he is making a wider point here – and it is a song that Dream Theater would be proud of in their darker moments.

Nothing here is “stripped back” as it were, but “Detonate” does start off a little sparse, before it absolutely explodes (appropriate perhaps?). The fine chemistry between the band members is evident throughout the acoustic flecked “Torn”. Acoustic it might be, but nothing lacks urgency. “Dance With The Devil” is positively pumped up, even allowing for that, however.

Perhaps the best thing here, though, is the incredible “AfterGlow”. Boasting both a groove to move mountains and a horn section seemingly intent on recreating Peter Gabriel’s “Sledgehammer” it is something you might not have expected, but which you can only welcome.

“Vanity Lane” positions itself into power metal type lands – Soto is adept at that of course – but this is done with a leather clad class that eludes many that sail in these waters. And speaking of class, then “Give In To Me” has it by the barrowload, and so stoic is it’s attack that you know whoever has broken his heart isn’t going to win.

Which neatly leads me to an ending pun about how nothing here on “Origami” is going to fold. It deserves better than that, though and it is a magnificent collection that has something for everyone who likes hard rock.