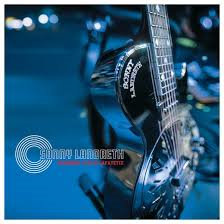 The King of Slydeco is still bound by the blues as he releases his first live album in 12 years and it’s a double live gonzo affair with one acoustic and one electric set spanning the legendary virtuoso’s career.

Sonny Landreth is one of those musicians who likes to keep himself busy.  No Axl Rose-like periods of hibernation and inactivity for the Louisiana man.

Following on from the release of 2015’s brilliant and rightly lauded “Bound By the Blues” studio album he has now recorded an album from his adopted hometown and it’s a career-spanning double cd affair that showcases every side of his considerable talent.

The acoustic session begins with the classic Landreth track “Blues Attack” from his debut album of the same name back in 1981 and the power loses nothing when switched to an acoustic guitar.  The legendary sliding is still intact and the King of Slydeco is as good as he has ever been.   “Hell At Home” keeps the groove goin’ and the whiskey soaked blues flowin’.  Just the way it’s supposed to.

“Creole Angel” is a rare delight and one of the standouts on an album full of understated gems and easy-on-the-ear charm.    In press for the album Landreth revealed that “Key To The Highway” would be his anthem, if he had one, and listening to the acoustic groove on here it’s not difficult to see why.  As an introduction to what the man is about it’s as good a track as any in his back catalogue.

It would be disrespectful, if not down right criminal, not to mention Landreth’s cohorts in this live venture.  Those familiar with his storied career so far will already know of the talents of bassist Dave Ranson and drummer Brian Brignac and their contribution is every bit the perfect foil for the main man’s almost effortless cool.

There are also a couple of special guests Steve Conn on keyboards and guitarist Sam Broussard who add their considered musical weight proceedings to give added gravitas to an already stellar line-up.

“Back To The Bayou Teche” kicks the electric set off and it’s country-blues feel is a welcome increase in tempo that eases the listener into the change of pace and volume.  That said “True Blue” is slow burning blues number which what it lacks in pace more than makes up for in deep blues intensity.

When it comes to the rockin’ blues then that comes courtesy of tracks like instrumental “Umbresso” and the fired-up “Walkin’ Blues”.  Finishing the album off is “The Only And Only Truth” a blues shuffle of the highest order.

Over the course of the 16 tracks on offer Landreth proves, if proof were ever required, that when it comes to the blues it’s either in you or it isn’t.  Never mind being bound by it……..Landreth is riddled with it.