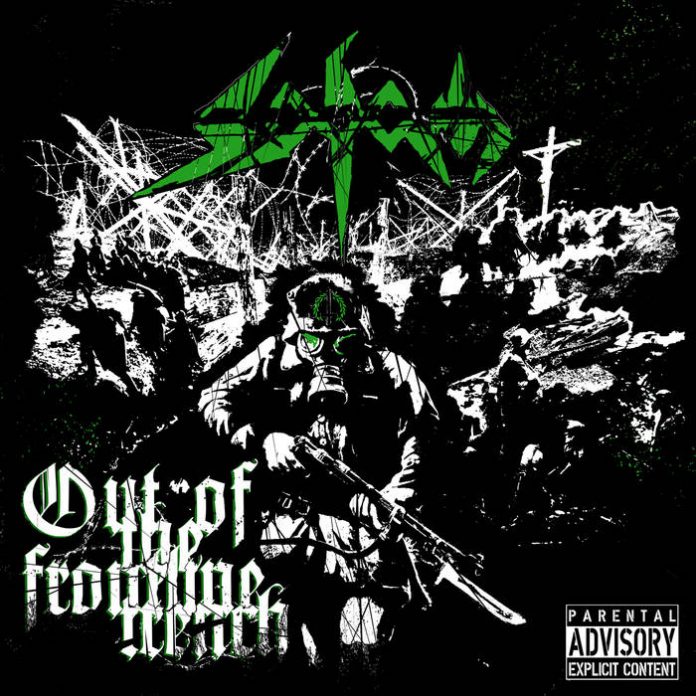 German Thrash legends release new EP featuring three brand new tracks to whet the appetite of fans ahead of brand new album that is reportedly on the horizon.  Donnie checks out what the fearsome foursome have to offer in 2019.

It has been a busy time for teutonic thrash masters Sodom since their last release Decision Day in 2016.  Over the past four decades they have not been left behind in the revolving band members front and the line-up has changed once again with founder and mainstay Tom Angelripper delving into the metal musical transfer market to replace the outgoing guitarist Bernemann and drummer Makka with Yorck Segatz and Stefan “Husky” Hüskens respectively.  He also welcomed back a former fan favourite in guitarist Frank “Blackfire” Gosdzik.

Three brand new tracks make up the majority of this five tracker mini-album/ep, call it what you will!  The opener “Genesis XIX” is a sign of positive things to come.  The theme of the track is based on the destruction of the cities of Sodom & Gomorrah story as told in the bible.

“Down on your knees” and the title-track “Out of the Frontline Trench” both refer to the First World War and utilize the powerful twin-guitar assault that is a trademark.  The riffs are mighty, the drums are forceful and bombastic allowing Angelripper’s caustic tones to bring the tracks alive to great effect.

There is little in the way of variation, a common argument used by those unmoved by thrash metal in general, but all three tracks do share a common sound and pace which perhaps hint at the direction any future release will take.  After all it never did Slayer much harm.

The final two tracks are, firstly, a re-recorded version of the classic “Agent Orange”.  A great track in it’s original form so, aside from a better production sound and a touch more urgency, I’m not sure of the reasoning behind re-recording it but that said it’s a powerful and sonically pleasing to thine ears.  To finish things off we have a live version of “Bombehagel”, which includes a guitar-led national anthem section followed by a German miners song, recorded in their native land in 2018.

The strength of this EP though is in the first three new tracks and all of them bode well for the next album and shows that their fanbase can be confident that this latest version of the band are more than ready to live up to the glories of the past.

Out of the Frontline Trench is out now via Steamhammer