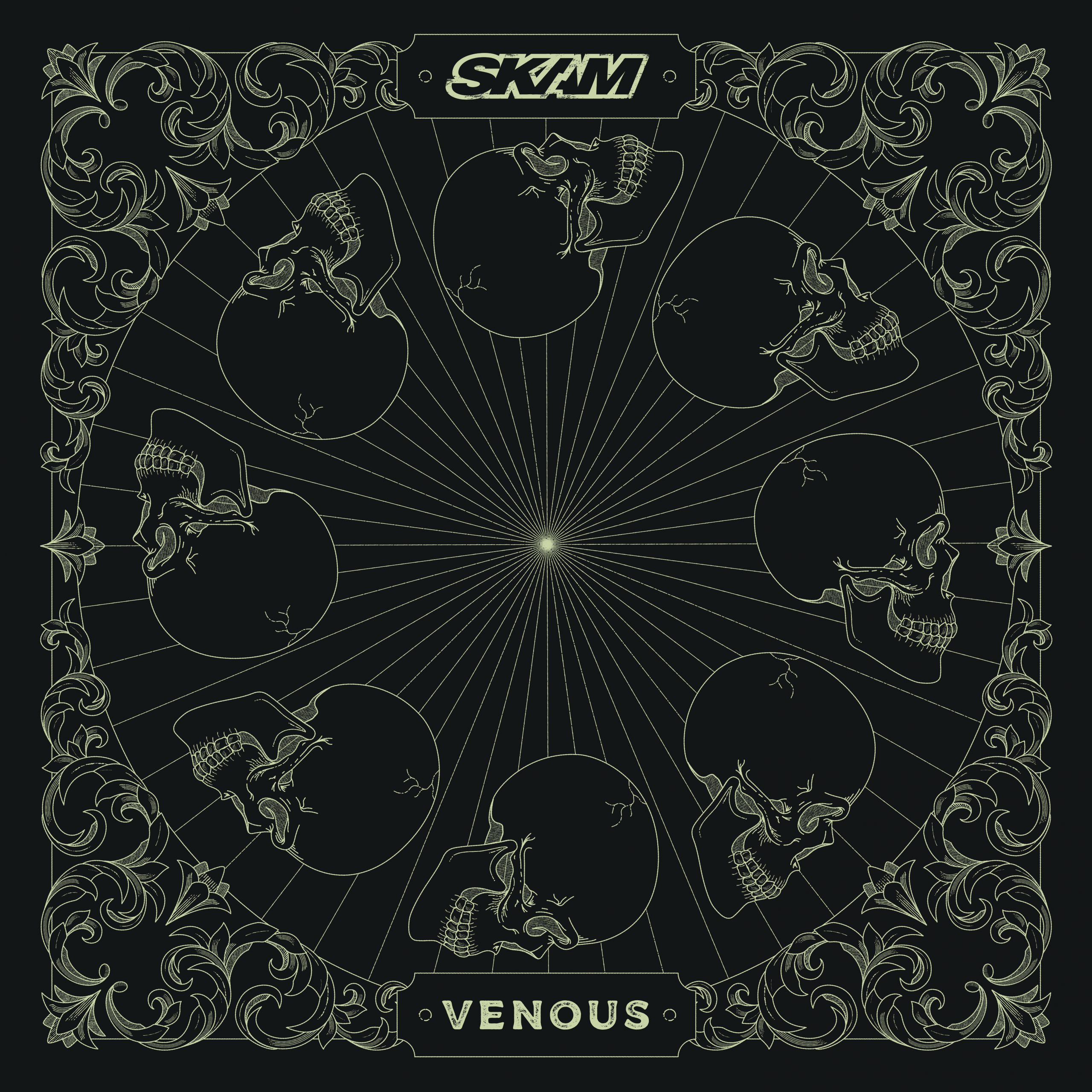 Back in March I reviewed “Intra”, an EP from Skam, and after calling it their finest work, I dropped a truly terrible pun to end it.

I feel better about that now that “Venous” is here. Now, it could be that they are looking to further work into blood disease, in which case I apologise to the Hill’s and Matt Gilmore, but I can recognise a bit of word play when I see it.

I mean, I could start going on about “rock n roll being the thing that pumps through them” and all that, but the thing is Skam deserve better.

Skam deserve shouting from the rooftops (and yes I know the last two – including this one – have crashed into the charts), but even their record company undersells them in my view. This is from the official biography on Golden Robot Records site: “Formed in 2011, SKAM are a hard rock power trio band from the middle of England. They have a reputation for delivering no nonsense, gutsy, classic sounding British rock music.”

That makes them sound like a functional right back in a Championship football team, that makes them like a 6/10 every week – and quite honestly Ska are better than that these days.

Listen to the confidence that gushes through on “Circles”. This is a band that is at the top of their game. The riffs are better, the drums heavier, the grooves thicker and the hooks sharper.

They have always been well balanced, but now they are thunderous. Lyrics shot through with a real anger, too. “Fade Out” is perhaps the best single song they have, but everything here means business. This is something I always say when reviewing their stuff, I know but I am going to say it again: If an American band had done “I’m Not The Only One” then they are on the front of magazines, as it is a band from Leicester we are a little more reticent somehow. We shouldn’t be. There’s nothing bashful about this. It’s simply superb.

In contrast to “Intra” there’s a ballad on “Venous” – and that’s cool, as if you view them as a complete work (and by the way, joined together they’d be one of the albums of the year) then there would be a slow one for texture.

Personal taste aside (and I am not a ballad person can you tell?!) Skam seem better to me when they are letting it go, as on “I Didn’t Know”, the bit where the solo kicks in, that’s the band. That’s what they are brilliant at.

You hear bands all the time and you write things like “they are destined for arenas” – lets be honest, they aren’t, most of the time – but its hard to listen to “The Cure” and not wonder if in another time and another place it might have happened for Skam.

Musings aside, there’s one hard, cold fact here and its this: Skam belong right at the very top. It’s in their blood.