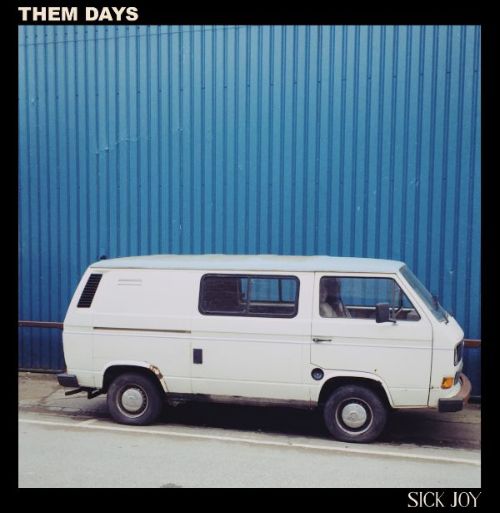 That moment when you hear a band that you didn’t know existed before and you know they’re going to be amazing.

Twisted Sister frontman, Dee Snider, has recently been asking fans to send him new bands on Twitter and it provoked a raging debate with the usual nonsense being spouted: “there’s nothing good since 1989” said one. Me? I think that’s sad.

Maybe it’s me, but ever since I was about 7 there’s nothing I’d rather do than seek out new stuff, because you might just find the one. The one like 3 Colours Red, the one like Ferocious Dog, that you’d never heard of, but within about five seconds of them being on you want to text all your mates.

Even with my mid-40s weeks away, there is still nothing better.

Such a feeling has happened twice this year already. Once with Puppy and once with Dinosaur Pile-Up. Now, we can complete the hat-trick because Sick Joy are just magnificent.

“Them Days” is their second EP apparently. I didn’t know that, but here’s what I do understand: the Brighton based three piece have constructed something utterly mighty.

To start at the end. “Vibe Sucker” is absolutely the coolest thing you’ve not heard yet. The sort of song that gets in your head and won’t leave. It’s pulsing, almost electric groove comes complete with lyrics that make no sense: “Pepsi Cola, nice to know ya…” no, I haven’t a clue, either. You don’t need to, to be honest. Just know this rules.

Mention of Puppy and DPU was deliberate, because they sound like the former and have toured with the latter, but it is certain that given half the chance the opening riff of “Playing Dead” is going to be used on Match Of The Day over the Goal Of The Month.

Choruses to die for, “….Dead” does the quiet/loud thing in a way that recalls grunge. But only if grunge was also pop and glam rock all at once, while there is something just a bit unhinged about “Shoot Your Lover” that is sort of like a loud of 90s bands that had finished before SJ were born.

Somehow Sick Joy sound huge. If this is arena rock then they’ll do it on their own terms, but “Dirty Water” has its eyes on the big leagues and make no mistake.

Only four songs, and the usual clichés of “you don’t want to burden them” and so on apply. Except they don’t, not here. So, let’s get excited for once instead of aloof. Sick Joy are superb. “Them Days” is not an EP, it’s a statement of intent.