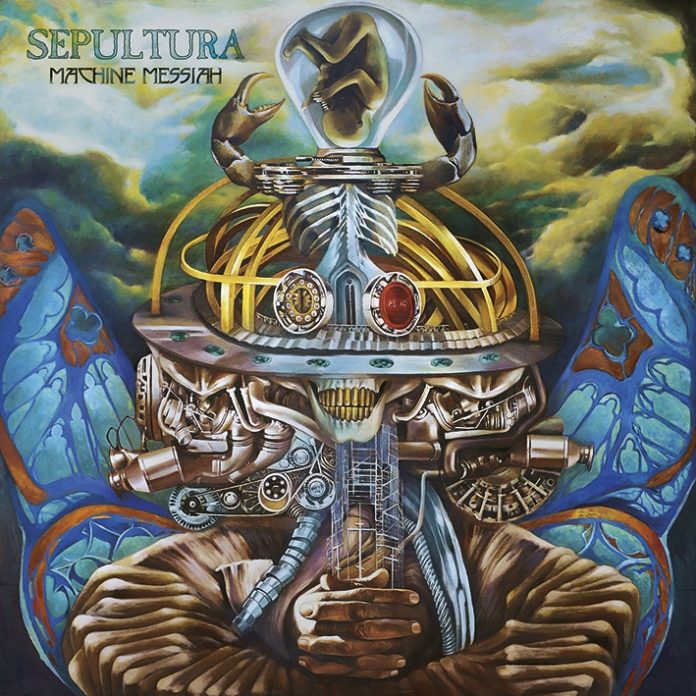 From the messiah’s to the Gods in ten easy steps

When you reach album number 14 of your career, it must be tempting to coast. To live on past glories and to deliver a record with a couple of decent tunes on to play live and have the rest as filler. After all the public are going to want to hear the old classics anyway, so who cares?

We might as well get it said right now. This is the best Sep’s album since Max Cavelera left, by a mile.

Such a thing is pretty obvious from the opening title track of an album that a concept based on the  idea that machines have taken over the world and need to worship something.

A brooding, almost balladic piece it is quite unlike what you have come to know and love, and it is quite superb. Singer Derrick Green seems to be at the vanguard of this, stretching himself and the guitar work from Andreas Kisser sees him right at the top of his game.

Suckered in, “I Am The Enemy” is two and a half minutes of prime brutality that is designed with the moshpits in mind, but also surely to remind everyone that this is very much a Seputura record. “Phantom Self” on the other hand is both genuinely heavy and crushing, but also is full of Eastern influenced tones.

And it’s the ability to take chances that sets this apart from other bands of their vintage. “Alethea” sweeps in on the back of some strange rhythmic patterns, while this is followed by an instrumental, “Iceberg Dances”. For many, this would be just an exercise in riffery. Not here, as there’s synth, Deep Purple like organ, and acoustic parts. All in less than six minutes.

Indeed, this is very much a collection without an ounce of fat on it. It’s lean, mean and focussed. “Sworn Oath” occupies a kind of Iced Earth musical place, with “Resistant Parasites” continuing the grandiose theme by offering up more of the synth attack.

Gloriously, though, for all the wizzadry – both technical and lyrical – “Machine Messiah” is very much a record you can headbang to. “Silent Violence” doesn’t live up to the first part of its name, but very much subscribes to the second, and “Vandals Nest” which sees them add some trademark Latin flair to things, is as fast and furious as you’d hope.

The story ends, pretty much as it started. “Cyber God” is – like the title track – a brooding affair, but one capable of soaring with genuine class that is somewhere approaching apocalyptic.

It would come as something of a shock that at this point in their careers, Sepultura sound this vital and this fresh. But then, the only surprising thing, perhaps is that we are still surprised. Sepultura: confounding expectations since 1984 – and this is up there with their best.