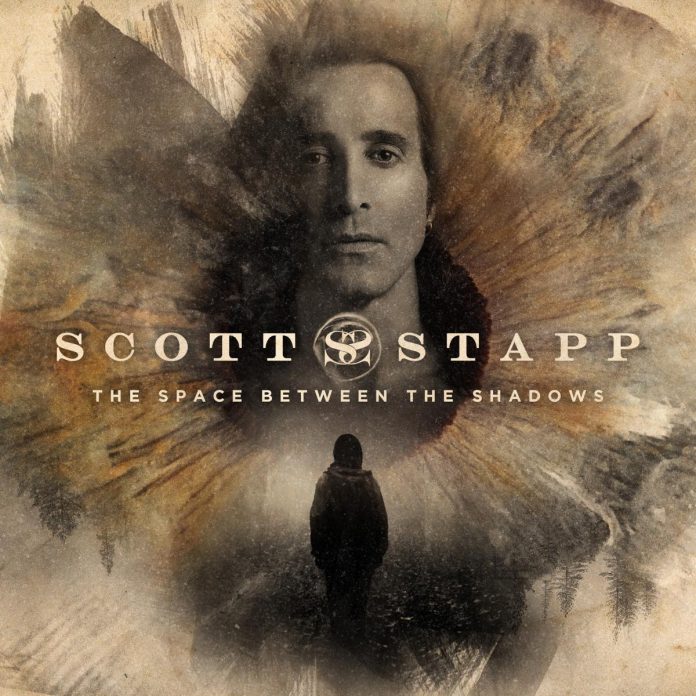 I jump to conclusions. Decide I don’t like something without actually having tried it.

To be fair, I do this with everything. Food, clothes, you name it, but as this is a music review we’ll stick to that.

I’ve been like that since I was a kid. About 15 years ago I’d decided Nickelback were shit. They were supporting at a gig I was going to and a mate of mine said: “get there early, they’re great live”. Me? I knew they were shit, right?

They’d been on about 30 seconds, doing “Animals” as it happens and me and the lad I was there with are going “blimey.”

You think I’ve learned my lesson? You think the onset of middle age has matured me?

To wit: Scott Stapp. Ok, here’s what I knew before receiving “Between The Shadows”. He was in Creed. They must ‘ve been no good, they are, after all the band that Alter Bridge became. So yeah, I don’t think I’ll be reviewing that, thanks.

Here we are, for no other reason than “Between The Shadows” is absolutely brilliant.

Perhaps even with people like me in mind, the record begins with “The World I Used To Know” which washes away the past – and goodness me, Stapp has had a troubled life – but does so on the back of a riff that doesn’t fit the word “mighty”. Gargantuan is more like it, and if you can imagine that huge slab over something that Stone Temple Pilots might have done, then you’re somewhere close.

So away we go.

And the staggering/annoying thing (delete to taste) is that it gets better from there.

It does so because of the deeply personal, wonderfully cathartic “Name” – the first line of which contains everything you need to know about the record. “The time has come to break the silence, to tell the truth behind the rage” sings Stapp, after which he lays bare the pain of his childhood.

That would be the pinnacle, were it not for the astonishingly good “Purpose for Pain”, which slams, first and foremost – and does so with a grandiose metal edge – but then it kills the skeletons in the closet, oh and has a chorus you can scream and a solo which rules all.

That is as good as it gets, in fairness, but that’s not to knock the rest of it. Much.

“Heaven In Me” is more akin to what I expected. Stapp is a man of religious conviction, but that is kinda dull on record, “Survivor”, essentially a self-help manual to hard rockers, is way better and when Stapp questions “how you like me now?” I couldn’t help smile.

“Wake Up Call” veers closer to pop music. US chart botherers X-Ambassadors might have pulled this off too, and the addition of a children’s choir gives it a real flourish. “Face Of The Sun” is the second best thing here. Funky and strident it also has a filthy sounding lead and if this type of thing always needed a ballad, then “Red Clouds” pulls that job with aplomb, and has a darkness to it too.

“Gone Too Soon” has a stadium shaking air about it. Notwithstanding the fact that Stapp has sold 50 odd million records, it does sound just a bit like U2. The last one “Ready To Love” is the work of a man that knows he’s made mistakes and is ready to rectify them. Able, too, on the evidence of this.

“Between The Shadows” is a masterclass in US arena rock. It obviously wasn’t easy, that is clear. But Scott Stapp does make it sound effortless.

It’s enough to silence the doubters.