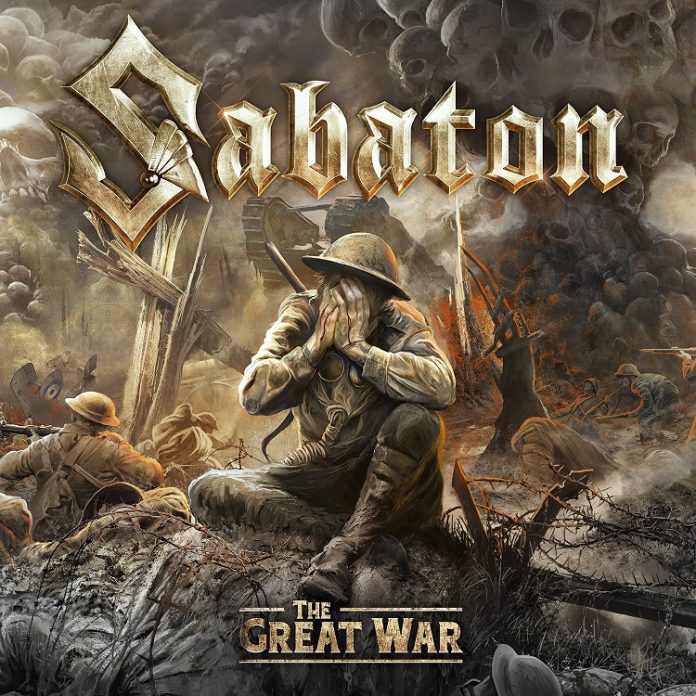 I’ve never understood the phrase “The Great War”. It pre-supposes that one war is better or worse than the other, but still, if ever a band was going to mark the 100th anniversary of the 1914-18 conflict, then that band was always going to be Sabaton.

They have always been the Lucy Worsley (apologies to non-English readers, look her up) of Metal and coupling that with their gift for concept albums, this one is the latest in a long line of them and there is barely a facet of WW1 that isn’t covered here.

I know what you’re thinking. War, Sabaton and metal, Haven’t we heard that before? The answer, of course, is yes. We have. And to be absolutely frank if you didn’t like Sabaton before, then this is unlikely to change your mind.

There are, though, loads of Sabaton fans out there – they don’t book Wembley Arena for gigs for fun do they? And there’s enough on “….War” to have the faithful battalions racing over the top with barely a thought for their safety.

“The Future Of Warfare” is actually pretty much what you can expect from Sabaton in 2019. It has the classic elements of their sound. That is to say, it sounds like they always did, but this version of the band has a modern crunch too.

That feel is there throughout. “Seven Pillars Of Wisdom” chugs away, but the leads of Chris Rörland screech, while “82nd All The Way” – which deals with a US troupe, is a real highlight. Wonderful storytelling, but allied to a resolute and pounding metal brew.

Frontman – and main man, let’s be honest – Joakim Brodén has a way of delivering these things that is all his own, but his keyboard playing must not be overlooked either. It adds a real Euro parp to “Attack Of The Dead Men”, while if it is a feature of this record that, in contrast to the war itself, it is over sharpish, with it taking less than 40 minutes, then don’t make the mistake of thinking it is short on bombast.

Crikey! “Dogs Of War” is a march all on its own, “The Red Baron” is the closest that Sabs get to a boogie, the organ doing something close to Deep Purple at one point. It is one of the more surprising songs of their career and arguably the best here.

The second half – in a manner of speaking – begins with the title track, and brother, if you thought it hadn’t been grandiose enough, then this rectifies it, “A Ghost In The Trenches” not only has a gallop, but it is a masterclass in power metal – and that is what this is, unashamed. Loud and very proud.

If there have been a few twists and tuns here, then “Fields Of Verdun” is one that you can spot as being theirs a mile off. Does that matter, haven’t many, many bands got a signature sound? Sabaton are just another in a long line of great bands who do that too.

If this was a film, they’d all fall to their deaths in slow motion as the credits to “The End Of The War To End All Wars” plays but what is a bit of a shock is that it ends with a hymn, “In Flanders Fields” is beautiful too, and whether it was meant to or not, it provides a pause for reflection and I wondered what have we really learned in those 100 years. The death, destruction, hatred that the ruling classes have bestowed on the world, what did this war end?

Of course, that might be a bit deep for a metal record. And this is a really, really good one too. Just remember this. As no less a philosopher than Axl Rose once said: what’s so civil about war anyway?

Previous article
BAND OF THE DAY: BAKERS EDDY
Next article
FRANK TO THE FUTURE