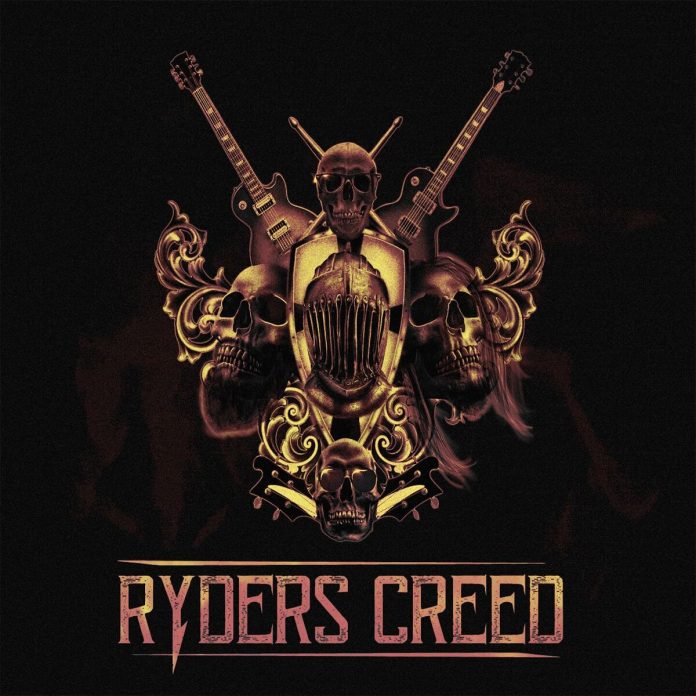 The key to this record – the debut from hotly tipped Midlanders Ryders Creed comes in the three songs in the middle.

First, is the bluesy ballad, “The Only Thing I’m Good At.” Singer Ryan Hulme intones with some conviction, “I’ve been writing songs since I was young, cos that’s who I am, and I’ll never stop until I am dead.” And this love of rock n roll – not to mention the skill with which they deliver nearly all the 10 songs here – is why so many have been getting so excited.

Then “Ryder”, their near title song, rockets along with a rare exuberance. The Little Angels first album all those years ago is recalled, as its sassy groove engulfs the whole thing, and those of us that were around in the late 1980s are ready to proclaim the next hard rock n roll messiahs after Inglorious and Wayward Sons.

Now comes the difficult bit – and perhaps the reason why Ryders Creed might still be a work in progress rather than the absolute finished article.

“Begging For More” is absolutely filthy, and there’s nothing wrong with that, (ye gods a look at my internet search history might tell some tales…..) but, without being a prude, its all a bit dated: It’s “running down your chin” at one point, at another “it’s just sex and always a yes” and although “I’ll tie you up just to have you all day” might be a rock n roll staple (and crikey the solo here is brilliant), but its 2018 and even more frustratingly they are capable of so much better.

The other nine are just that. “Headspace” opens things in strident fashion. Bass groove all over the place, “Promise” has big old balls and is simply begging to be played live – there’s a whole section at the end just primed for it – while “On The Road” is a more blues orientated tale of a rock n roll band. One that is the last gang in town by the sounds of it too.

“Set You Free” might be the best of all. AC/DC stomp is all through this, and they are a band that dares to dream: “there’s a big wide world out there and it’s yours” is not just a key line in the song, but you can almost see it as RC’s mission statement too.

It hurtles towards the end as well, “Raise The Hoof” appropriately gallops, and there is a touch of late period The Almighty about it, there are hints of their own massive ambitions in “My Life” (“I’m gonna leave behind my legacy and I believe its my destiny”) and the stoicism continues in the arena stylings of “Rise” which concludes the record in the manner of a band who will not be denied.

Indeed, there is every reason to suppose that Ryders Creed will write a classic one day. Their debut isn’t it, in truth, but there is enough promise here to get excited at the potential.