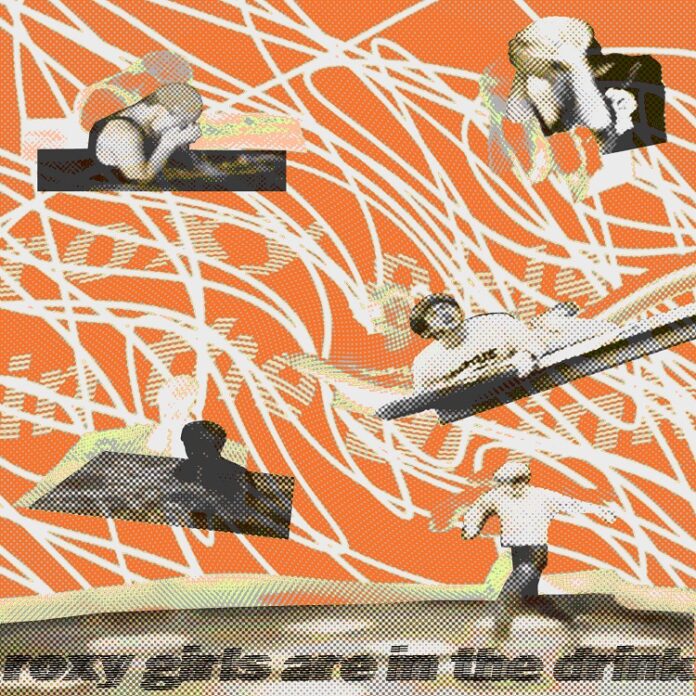 Roxy Girls are a post-punk quartet from Sunderland who comprise of Tom Hawick on lead vocals and guitar, Isaac Hirshfield-Wight on guitar and vocals, Matthew Collerton on bass and Aidan Rowan on drums. The group have released a couple of EP`s and a couple of mini LPs and have a new EP `Roxy Girls Are In The Drink` out this month. It was born out of the band not seeing each other for some time and meeting at the height of the UK’s third lockdown without having much idea of what to record. Influenced in part by albums like XTC’s “Drums and Wires”, the EP sees the band build on their unique and idiosyncratic take on the post-punk format, with crisp polyrhythmic guitar lines that interweave with one another, whilst placing more emphasis on the dynamics led by the drums and bass.

This extended play opens with `Like A Buoy` which has jangling guitar riffs and some interesting almost competing vocal interplay at times throughout it`s short life.

There`s more of the same on `Sister Fatima` but this time the track really races along, and the lyrics are delivered at a blistering pace.

`In The Dark` was again another submission that hurtled along with the lyrical content almost spat out like a chant or a slogan intermittently as the song progressed.

We have more of an off kilter unnerving waltz like offering with My New Home`. This closing track felt like being taken on a frightening fairground ride that you immediately want to get off.

Roxy Girls have been described as discordant Mackems in every which way and that seems a fair representation. There was a curious quirkiness about the tracks shared here and much to enjoy.

It`ll be interesting to see how this band develops over the next twelve months.