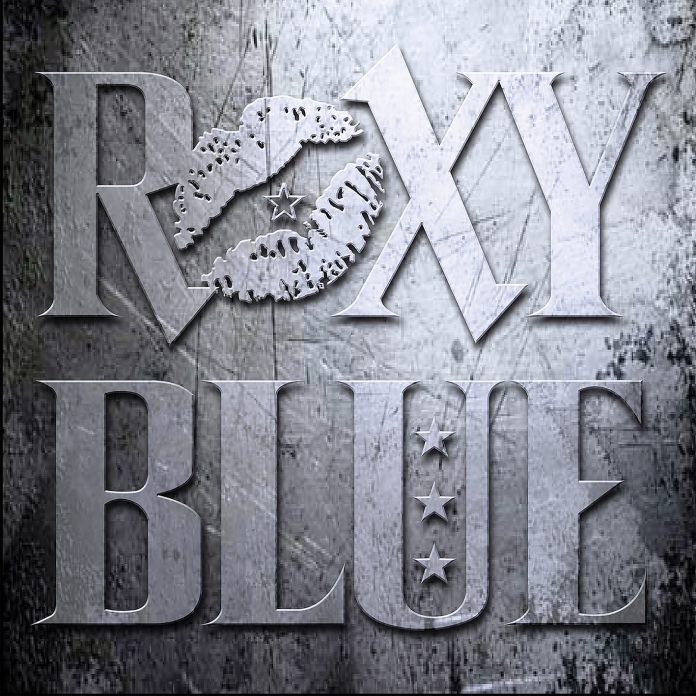 It’s funny you know, but certain albums come into the MV inbox and you kinda go….wow! This is one.

The name “Roxy Blue” causes blokes like me to get misty eyed, and yet, I am willing to bet you that if I said to most of my mates: “Roxy Blue are back…..” they would look at me blankly and probably carry on about their day.

And yet, to those who know, Roxy Blue are one of “those” bands. That is to say, if you grew up, like I did, in the thrall of Poison, Warrant, Cinderella and all the others, that you really got into when you were looking for hidden gems.

They only released one album. “Want Some”. It was produced by Mike Clink of Guns N Roses fame and they were discovered (sort of) by the singer of Warrant, Jani Laine. That was enough for us.

Now, 27 years later, and with none of us in the first flush of youth anymore, they are back. And back not just with a new record (released by Frontiers – who else? – who do this sort of thing for a pastime) but with a line up that includes three of the four originals (one, guitarist Sid “Boogie” Fletcher has left the music business for a successful career in dentistry) but with a distinctly different sound.

That’s just fine, too. It isn’t after all, 1992 anymore. As much as we’d like to wander about in spandex singing “Talk Dirty To Me” then frankly, it’d be a bit silly.

Roxy Blue recognise that, too. So they make their return to the fray with a driving, throbbing piece of insistence that is the title track – it heralds a new outlook and doesn’t sound too much different from Stone Temple Pilots at their absolute best.

Clearly the band agreed, hence it being the title song, but “….Lining” is a decent indication of where things are in 2019 in truth. “Rockstar Junkie” basically repeats the trick and new guitarist Jeffrey Wade Caughron plays a blinder here.

Listening to “Scream” I kept thinking of that massively underrated Warrant record, “Ultraphobic”, it has a similar desire to break out of the shackles. “Collide” recognises that these things generally had to have a power ballad, so has one. My personal taste dictates that I enjoy the following “Outta The Blue” more. A real cruncher, it is yet more proof that this record is all about the guitars. It really is.

There was always a couple of ballads on these things. Goodness me, even Skid Row “Slave To The Grind” had two, “Blinders” is a big old arena botherer which might well play well in the US market.

“Till The Well Runs Dry” is way, way better. Stomping about like it wants to cause trouble, modern-day Alice Cooper is never far away from the thoughts here. Whatever, get your fists up and keep them there is the order of the day.

It can’t be all about parties though. Not in the Trumpian/Johnsonian (?) age. “Human Race” recognises that and has a powerful chorus, and it is noticeable here, perhaps more than anywhere else, how different a beast this is from before.

“How Does It Feel” contrasts nicely with that, and broods in a rather mid-paced way, and there is a huge groove about the modern sounding “What’s It Like”. “Overdrive”, though sounds better, because it sounds a bit dirtier, a bit more dangerous.

Overall his is a fine, fine hard rock record. It’s not a rehash, although there are elements to the classic sound. Essentially, if you liked them before you’ll like them now. Assuming that is, you’ve grown up. You don’t stop wanting some in your 40s, after all, but it has to be different than in 1992. That, though, is the “Silver Lining”.