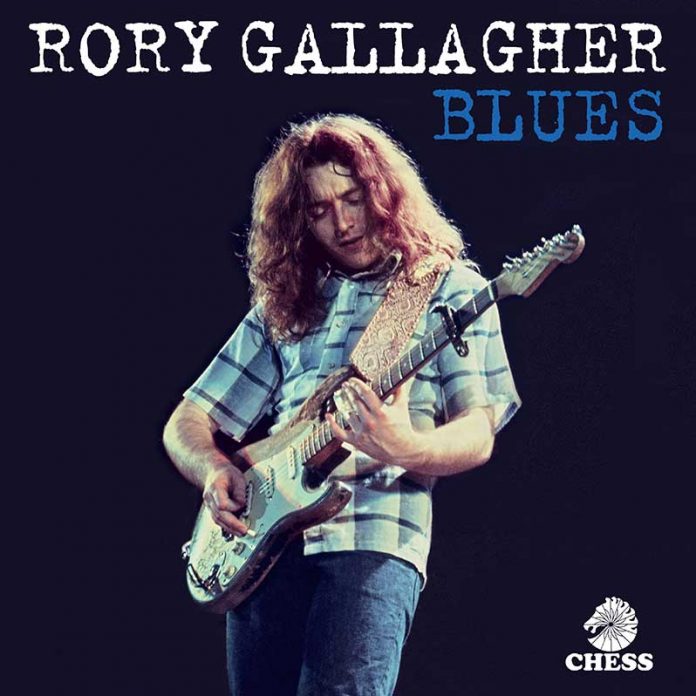 It seems odd, perhaps, when faced with three hours of such wonderful music to begin with a quote, but right at the end of this incredible collection of rare and unreleased material, there is a little track called “Rory Talking Blues”. It does exactly what it says it does, and is a compilation of some interviews that the man himself gave. A telling phrase is this one: “Well, as a child I liked Leadbelly and Big Bill Broonzy……but like any European educating yourself on the blues was a slow process.”

At that point, you begin to understand how steeped Rory Gallagher was in the music that – almost literally – he gave his life too. This is not a man who dabbled. This was a man who loved his craft and loved what he did.

There are 36 songs here and you can dip into any of them and find something wonderful. From the scorching opener  “Don’t Start Me Talkin’ (an unreleased track from the Jinx album sessions 1982) to the blistering “Comin’ Home Baby” (An unreleased track from a 1989 concert with Chris Barber Band) which is the last music here, there is something amazing to be found.

Blues, I guess as a genre, lends itself to such exploration. There’s a chap with a music website that I have become sort of cyber buddies with, who’s Twitter bio describes him as being on “a journey with the blues”, and when I first started getting into it myself twenty years or so ago (by way of Elvis and traditional rock n roll as it goes) it is something that has been incredibly rewarding.

When you first begin reading up on these things, in my case in my mid-20s, certain names keep cropping up. Rory Gallagher was the one, time and again. Listening to stuff like “Tore Down”, something that’s been in the can since the early 1970s, you are struck more than anything by the absolute mastery of the craft. Where some overplay, as if they want to show off every single time. The true greats let the thing breathe, so it is that although “Off The Handle” has a technical ability that I wouldn’t even dream of trying to explain, these are songs. Pure and simple. Songs. There’s even some where the man himself plays second fiddle. For example, the absolute knockout “I’m Ready” that sees Muddy Waters take centre stage.

Split roughly evenly between studio stuff, acoustic stuff and live cuts, “Blues” shows so many different sides to Gallagher. I have to say that I have a soft spot for the “Acoustic Blues” disc 2. This is a flavour of the first blues I heard, really. The original, traditional recordings, and hearing Rory do them is such a treat.

There’s a couple in particular that stand out above all others. “Bankers Blues”, with the wonderful first line: “if you have money in the bank, don’t let your woman draw it out, she’ll draw it all out and throw you out.” It is tongue in cheek, of course, but it encapsulates the absolute essence of what this is about. Likewise the wonderful “Pistol Slapper Blues” with such inspired guitar. It is impossible to not be in awe.

The third disc is simply entitled “Live Blues” and this, you suspect, is where Gallagher was at his happiest? The other day I saw a blues band – also from Ireland – and remarked in the review that “on stage was where [The Bonnevilles] come alive”, and although I was never lucky enough to see Rory before he died, I have the same thoughts.

There’s a version of “Messin’ With The Kid” that sounds thoroughly gleeful and moreover there’s a take on the classic “Born Under A Bad Sign” – dating from the early 1990s and featuring Jack Bruce that is so special it manages to find something new to say in that one too.

That, though is surely what you can do when you’re a genius, and genius isn’t too strong a word for this.

Which brings us back to the start – that is to say the end of the record – and “Rory Talking Blues again. The very last thing he says is this: “The ultimate dream…..is that in 50 years’ time one of your songs, matched in any way, a blues classic….that would be smashing”.

He might have died in 1995, but for as long as there is blues music, the name Rory Gallagher will be a starting point for those who need to understand it.  Late last year I saw the great Walter Trout, rip into “Bullfrog Blues” at a concert. He said: “Rory Gallagher is the best there’s ever been.” And yet he was modest enough to want to “match” a classic?

Rory, you have no idea, my friend.