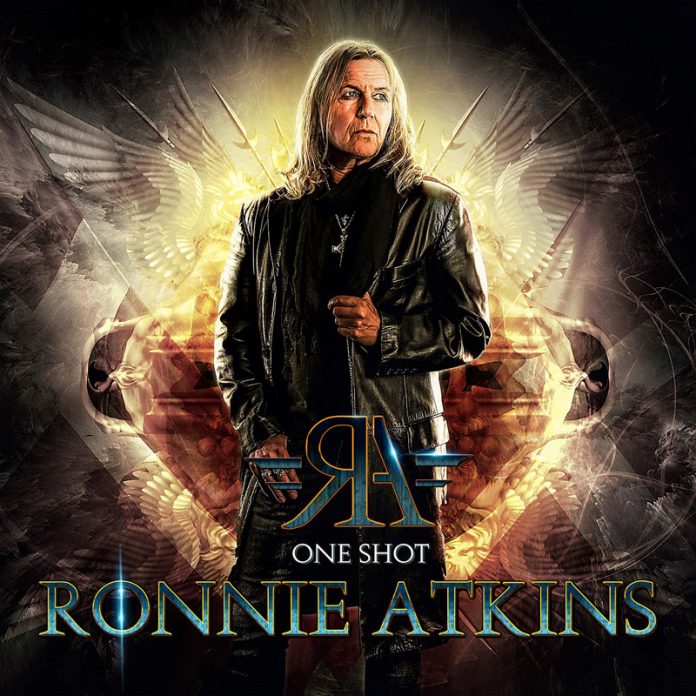 To start with the blindingly obvious. Ronnie Atkins is the singer in Pretty Maids.

I reviewed their album “Undress Your Madness” a couple of years back. Brilliant, it was too. And Ronnie was there, when I was worshipping at the altar of Avantasia a few years ago. So, the fella can sing. By that I mean, he has one of the finest voices in rock.

Now, the bit you might not know (and which we wouldn’t talk about either, had Ronnie himself not been so open about it). Just after the album came out, Atkins was faced with the news that he had terminal cancer.

With that came the realisation that he wasn’t going to be able to tour the “…Madness” record (pandemic’s and stuff meant that was unlikely), so he did the only thing he could. He got together some ideas he had on his iPhone and grabbed some of his mates to create his first solo record.

As a result of the diagnosis and his health situation, “One Shot” is more reflective than PM stuff, but that makes for some brilliant songs too. “Real” which is bombastic in a way that only Euro metal can be, is also a radio friendly classic. Instantly memorable, and you best believe when Atkins sings “I wouldn’t change a single thing”, there’s real emotion.

If that is as classy, pretty much, as modern rock can be, then the rest isn’t far behind. It’s easy to draw parallels to stuff by Jeff Scott Soto and the likes when you talk about “Scorpio”, which thunders along with a keyboard riff, but to do so would be to miss the point. For one thing there’s more modernity, but for another this is a record that – for want of a better phrase – sets traps and lulls you in. Take the title track. It tinkles along on the back of a piano riff that has a taste of Meatloaf, but then the chorus? Well that slams. Simple as that.

The words are bleaker than normal – and of course they are, you might say – but there’s a real stoicism about this too. A real anger, especially about “Subjugated” – whoever that’s about wants to watch their back.

There is, though, an impressive breadth of sound here. “Frequency Of Love” is a real shining, soaring highlight, and not only is “Before The Rise Of An Empire” the heaviest thing here, it also matches its title for grandiosity.

It also seems that nothing was off limits here, either. “Miles Away” does a power ballad with more stack harmonies than Queen, “Picture Yourself” adds a flourish not too far away from Def Leppard, while “I Prophesize” mines something personal, with a real tough edge.

Make no mistake, though. Whilst this is not a Pretty Maids record, there’s enough for fans of the band to get their teeth into. “One By One” is the nearest, perhaps. A fists up in the air, string laden, leather clad thing if ever there was, but it muses on mortality, in a way that is really touching and thought provoking.

It ends as it began, almost. “When Dreams Are Not Enough” has the same sort of mid-paced airy feel as the opener, but takes in some dark thoughts “when your hopes and dreams lie shattered” seems to be a line that underscores the whole record.

My own family is no different to any other. We’ve been touched by cancer. The last photo ever taken of my mum next to the first one taken of my niece, both sit in our living room, and are made all the more poignant by the fact my mum will never know her granddaughter and vice versa, but I’ll never forget the first time it touched me. I was 14 and my own grandmother had the same diagnosis as Ronnie. When I went to see her I didn’t know how I was going to cope, what I was going to say. My dad said to me as he drove us up there to her and my grandads house. “You’ll find something in you that you didn’t know you had.” And I understood it then, and maybe with “One Shot” Ronnie Atkins does too, because that’s what this is all about.