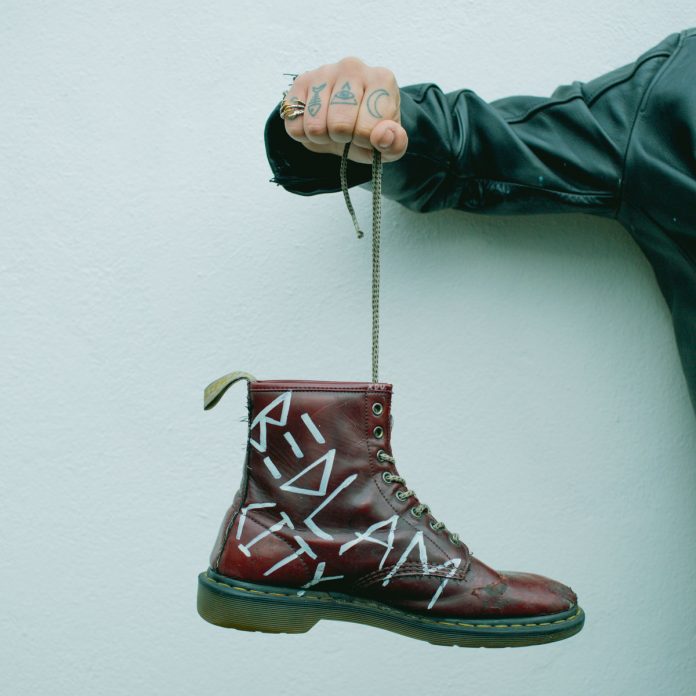 Joey welcomes us to `Bedlam City` the opener and it`s a pretty tragic place to be, getting by on your wits, sort of living from day to day and taking stuff to almost blot out existence. The narrator defiantly stating they don`t care but obviously do. The lyrics are cleverly rhymed at times and shared over a subtly meretricious musical backdrop. When not at the chorus line, `4 AM` has a real soul feel about it. A love song not only to a partner but to the town they grew up in, with recognisable place names dropped in along the journey home. Almost inevitably the romance crashes before reaching home and they are left alone rueing what could have been. The bass, drums and occasional guitar breaks set up an excellent platform for the infectious vocal delivery,

`Sheila` is a straightforward rock out about an unreciprocated one-sided love affair, possibly the storyteller`s masochistic drug of choice. The title of the next song sums it up really, `Intervention`, a saga of bumming around friends` sofas and sponging off them until they step in “for your own good” The song and musical content had a real swagger about them. There`s a similar sway and bluster about `British Summer Rain (2020 Version) with words that are questioningly delivered, almost as if the orator doesn`t quite believe in them. This extended play closes with `Jealousy and Envy` an anecdote of two people who like to have a good time with no strings attached emphasised with a moody refrain with a strut.

There was an awful lot to enjoy about Rollers Of Bedlam and this “Bedlam City EP” they have a real swagger and arrogance about their music and Joey sings with an estuary English accented twang which I have to say I think adds to the feel of the songs, The lyrics are a little raw and seem almost obsessed with sex, love, drink and drug abuse but maybe I was at their age. There`s a definite Libertines influence but they have a strong rock/ post-punk bluster all of their own. I`ll enjoy watching the rise of these London Street Rockers.