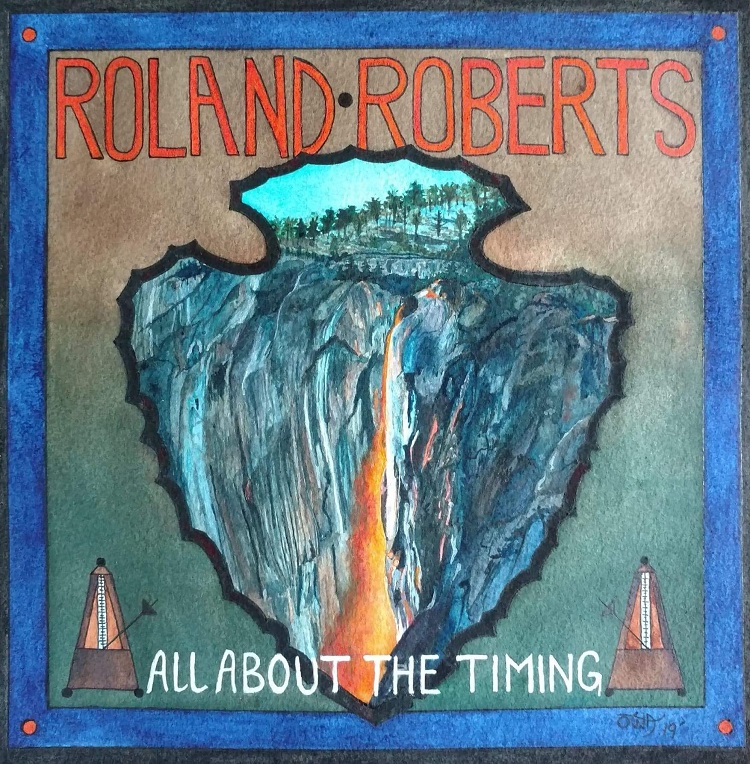 Sometimes you listen to a record and you wonder where the artist has been. What got them to the point where they felt they could release a debut album?

Those questions are even more prevalent when it comes to Roland Roberts. The press release explains that he is “Memphis-born, Alabama-raised, Colorado-grown” (the latter might well refer to his love of the “mother nature” that is legal there) but he now lives in Alaska. Which – if you’ll pardon the ridiculous pun that I am leaving in – always seems kind of cool, like a troubadour’s existence. Beats mine, of living in the same road that I started school back in 1980, that’s for sure.

The truly interesting thing about Roberts though, is not so much where he’s been, but where’s he been? “All About The Timing” is his debut record, and its too good to be his first go, it just is.

From the very first song here, the gorgeous “Beautiful Soul”, there’s a craft, an experience. There’s a contentment too. It’s all over the words. You can see why he’s drawn comparisons with John Prine. There’s a genteel, timeless feel about this album, but this track in particular, almost as if he’s making a statement.

An old time country shuffle greets “Pictures On The Wall” and the words about growing apart but always being on the mind resonate with anyone who grows up, basically. I read something on Twitter recently that “true best friends see each other about four times a year and have no pictures”. This track recognises that, and George McConkey’s harmonica is sublime.

There’s a touch of Drive-by Truckers Patterson Hood to Roberts’ vocals, “Wake Up” is a real plaintive wail, but as an example of the way this record so deftly changes gear, you just need to listen to the catchy, funny “Sittin’ In Nebraska”, which captures our hero in Lincoln, in the snow, with no weed.

The beautifully mournful Lap Steel (played by Bob Hamilton) underpins the ballad “Don’t Tell Me Goodbye”, while the album never sounds happier than on “Rambling Joe”. The story of a chap who goes straight off the grid, might be autobiographical, I suppose, it also might have come straight off “Guitar Town” and more certainly, Susan Hamilton’s harmonies are wonderful.

The title track explores the concept of fate – maybe that’s how he got to that Alaska recording studio? – over a Shooter Jennings-ish shuffle, and “Being Me”, might actually nail why you shouldn’t ask the questions that I did at the start of this review: “People seem to think I am what I ain’t, I would change my ways If I could but I can’t” he sings, in the way that only the single-minded could.

Although this is clearly Roberts’ album, then the musicianship here is perfect for what he’s doing. “Lonely Blues” has some mighty Wurlitzer piano that elevates it to something special, before “Keep Moving On” perhaps shines a light on his life to this point?

Whether it does or doesn’t, “All About The Timing” is nothing short of a brilliant debut. Of course the follow-up is trickier in a way, given that a lifetime’s experiences have gone into it, but this is just the start surely.

On “…..Nebraska” Roberts talks about the fact Tyler Childers is in town that night and because he’s stuck in the snowstorm he’ll miss the gig. Almost four years ago to the day, I reviewed Childers debut album and said this: “ [he] has done more in 10 songs than some would manage on 10 albums.” It’s the only way this album review could end too, frankly.