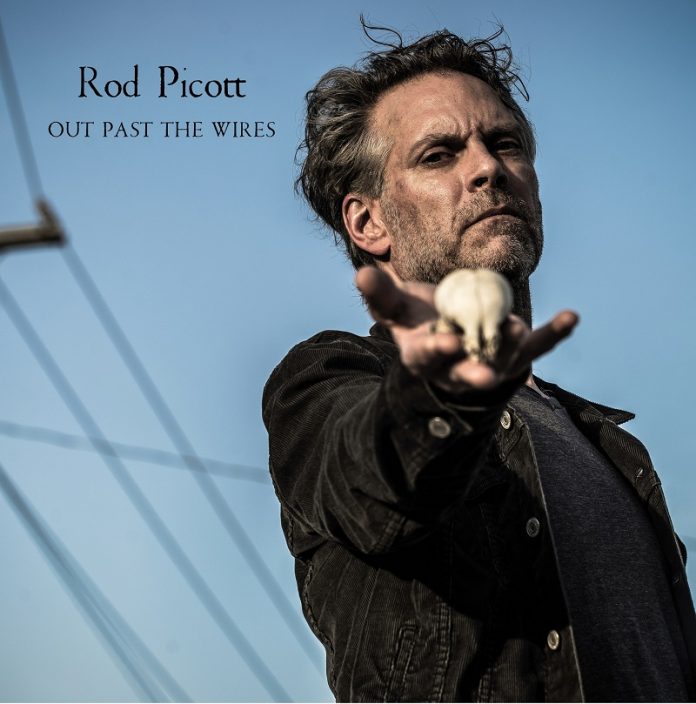 Sprawling, warts and all Americana

In many ways, Rod Picott is living the dream. Releasing his first album in 2001 – when he was already into his mid-30s –  the Nashville based singer/songwriter began a second career.

He has made up for lost time since. “Out Past The Wires” is not only his 10th studio album since then (we think) but a massive 21 song effort, a double album no less. If the Long Player is dead as the makers of taste like to claim, then evidently such nonsense hasn’t reached Picott.

“…Wires” runs the gambit of styles, but largely, lyrically it is a pretty bleak affair. “Be My Bonnie” has a claustrophobic feel, and with its harmonica break, has a feel of “Nebraska” era Springsteen about it. “Better Than I Did” is another with the harmonica to the fore, and is essentially a two-minute pop song – albeit one with a dark heart.

Picott met the brilliant Slaid Cleaves in school. The pair have been friends ever since, frequently writing songs together. There are four here, including the wonderful “Take Home Pay” and the strangely content “Primer Gray” – both of which were on Cleaves’ album from last year.

That last one – about finding the joy in what you have – is almost a metaphor for the record here. There are many different styles at play, however. “On The Way Down” for example, puts itself squarely in the early Steve Earle ballpark, but is followed by “Blanket Of Stars” which is sparse and fragile.

“Coal” has a throb, a hum, but a real nihilism, lyrics about “meth heads” only add to the imagery, while “Holding On” is shot through with a blue-collar stoicism – and the everyman characters here are all battling something it seems.

The first half of this ends with “Date Of Grace” which has some mournful strings, to back up the wonderful guitar from Will Kimbrough – who as ever, finds something interesting, and the vibe doesn’t change much on the second disc.

“Dead Reckoning” has beautiful, yet foreboding harmonies from Telisha Williams of Wild Ponies. “Falling Down” juxtaposes the lightness of the music with the jarring thought that “Mama ain’t coming home.”

“Store Bought” is arguably the gem on the second half, as the character dreams of having something, anything new to his name. The John Mellencamp flavoured “Hard Luck Baby” runs it close, while the lyrics on “Medicine Man” about “being tired of myself” and not “someone I wanna be” perhaps betray the type of longing that led Picott to take the plunge 17 years back.

“Straight Job” recalls “Putting People On The Moon” era Drive By Truckers and the study of alcoholism in “Bottom Of The Well” is particularly striking. In the context of all this then “We All Live On” – with its subtext of “all you need is love” is a bit of light relief, although “Little Things” (first line: “I’m looking rough and feeling rougher”) ends the record on a downbeat note. It is, in that respect, perfect.

The skill here is undoubted, the talent comes to the fore, and all those who know there is no light at the end of the tunnel have found their soundtrack. Alternatively, if you are stuck in a rut you could do what Rod Picott did and do something about it. In that sense, “Out Past The Wires” is more than just his victory, it belongs to us all.