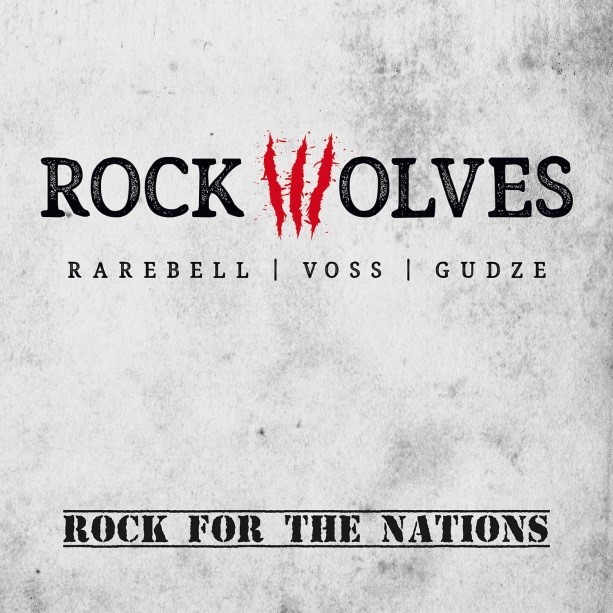 Bernard runs the rule over the new German supergroup

Rock Wolves are a new band from Germany featuring Herman Rarebell, best known as the drummer with Scorpions on their best albums. Of late he’s been part of Michael Schenker’s Temple Of Rock touring band along with Michael Voss, who joins him in this new venture. In the Temple Of Rock band Voss contributed guitar and vocals as well as acting as songwriter and producer. They are joined by bassist Stephan Gudze Hinz and together they have recorded an album of pretty good euro style melodic rock.

The title track gets the album underway and it’s easy on the ear. Perfect radio music and something I would expect to hear on Planet Rock any day soon. It’s got a great singalong chorus and sets the tone for the whole album.  Track 2 is ‘Surrounded By Fools’ and this is very reminiscent of Michael Schenker’s solo albums with plenty of good guitar and another strong chorus. ‘Out Of Time’ picks the pace up and is the closest this album gets to heavy metal. Track 4 is one of my few gripes – throughout the album I thought that much of the song-writing was influenced by Heart’s 1980’s output but is a cover of that bands hit ‘What About Love’ really necessary? It’s a great track but I don’t think Rock Wolves can add anything to the original as it near perfect. Some songs are so iconic with the artist that made it famous that I think they are best left alone, this is one of them. ‘The Blame Game’ gets things back on track – this is one of those songs that has a Heart sound and it’s good. ‘Riding Shotgun’ is very commercial and leads to the ballad ‘Nothings Gonna Bring Me Down’ – this is another song with great single potential and will appeal to all those Nickleback and Bon Jovi fans. ‘The Lion Is Loose’, ‘I Need Your Love’ and ‘Lay With Me’ conclude the album. The first two are strong rock songs with plenty of guitar and chorus hooks that are instantly singalong. The last track is another ballad and is a little bit predictable. On some versions of the album this leads straight into a bonus track ‘Inside Out’ – it’s OK but not essential.

Overall Rock Wolves have delivered a decent album that will find plenty of fans if they get some radio play and a fair wind. The song writing is generally good, the playing and vocals are strong and the overall production sounds crisp.