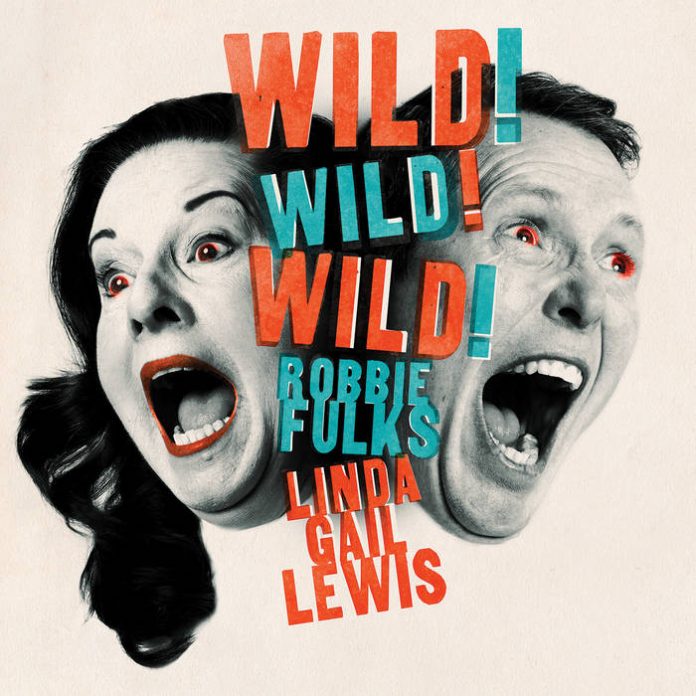 “Since they took my momma off to prison. Things down on the farm ain’t been the same, and when they let my momma out the jailhouse.  She drove her goddamn truck into a train!”

So sang Jasper Carrott (a British Comedian who was a staple of TV in the 80s for any Americans reading this) in his joke song that he reckoned could fit for any country and western scenario. Robbie Fulks and Linda Gail Lewis seem hell-bent on bringing that back.

Nearly all of the secrets to this are revealed in the first three songs. “I was the sister of a hellraiser” sings Linda on the very first line of “Round Too Long” – the opening song on the record– and the name may give it away. A certain Jerry Lee.

This one is followed up by a Fulks solo, “I Just Lived A Country Song” in which he utters the memorable: “I don’t recall the early 90s – the last ten I’d rather not.” Then to complete the set, the third track “=I  is a duet between the two, covering an affair.

The charm of “Wild, Wild, Wild” is that it is so damn nefarious. Absolutely righteous in its ability to do all the seven deadlies in world record-breaking time. As well as being brilliantly played. That title track, for example, contains a knowing nod to “Rock N Roll” by Led Zep in its drums and is so unhinged Bonham himself would surely approve.

And of course, this would be nothing without its murder ballad. So it’s got one. Lewis catches her man standing by someone else and snarls: “We said till death do us part – and that’s now.” And then lets freedom ring with a shotgun blast, as Machine Head might say.

Whilst it is all superb, if you held a gun to my head – and I am not the one Lewis wants to kill – promise! The very, very best thing about this record is that it doesn’t give a single thought about trends. “Memphis Never Falls From Style” with its southern jazzy sounds, sums up the ethos: “the hipsters head to Austin” offers Linda, and the intent is clear. This is not about being hip and cool, this is about doing what you love – and were born to do.

“Boogie Woogie Country Gal” is built around the type of piano that her brother used to do for fun,  “Foolmaker” is Fulks doing his thing late at night and with all his loneliness – and the combination with some wonderful organ is a particular highlight.

There’s a foray into gospel for “On The Jericho Road”  – not being a religious type I assume after all the sin you need forgiveness or something. “It Came From The South” is something I do understand. An homage to this music that they are steeped in.

“Hardluck, Louisiana” is about the only time in this collection where Lewis sounds fragile, but the glorious country strum is a perfect, understated conclusion to this brilliant collection.

Furious fun at breakneck speed throughout. About as exhilarating as riding in a Harley that is on fire down Route 66 – while naked. And that will probably be the title of one of the songs on their next album. “Wild, Wild Wild!” rules all.