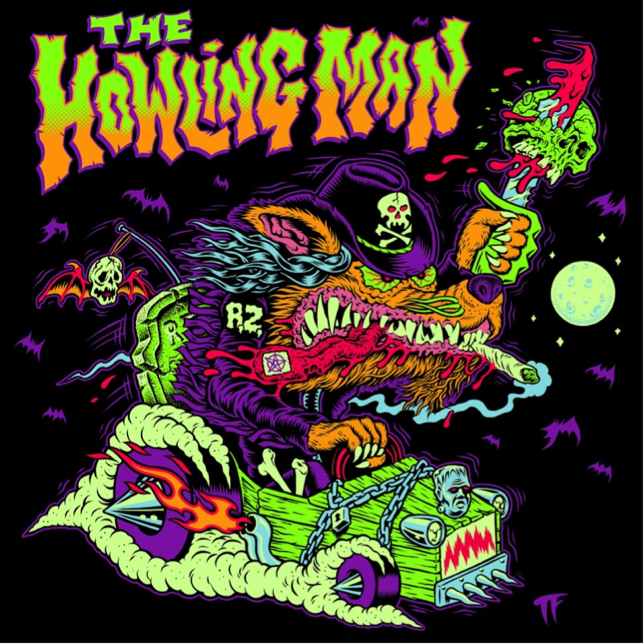 We’ll start with the easy bit.

This is Rob Zombie’s best solo album. 23 years (and I’ve checked, it is that long ago!) after his first.

Now the difficult bit. I’ve got to explain why.

The problem with trying to explain Zombie records is essentially you get him, or you don’t. He welcomes you into his world, and it’s a crazy, colourful circus, made up of mad album titles, mind bending stories. But, at the heart of it all, he’s a rock n roll kid (granted he’s 56 now) with a mad appetite for the music. Creating his comic horror, sleazy tunes. Many borrow from him, few  – none – match him.

I guess you’ve got to go back to the spring of 1995. Wednesday’s back then meant two things. First, I’d go into the newsagents near my work and buy Kerrang! Which I’d then read in the park at lunchtime. One day, I read a review of a band called White Zombie. They’d just released an album with the abridged title “Astro Creep 2000”. The 5K review piqued my interest and a single, “More Human Than Human” was purchased that day (there was no streaming, no internet and the world was thus a better place). A slice of genius, the album was procured the following week and a life of following RZ was begun.

Technically there’s 17 songs here – ignore that, as its kinda like a story and it plays through as one continuous piece, with the senses bombarded. “A period of insanity” is how the intro “Expanding the Head of Zed” denotes itself, and its not wrong, but it’s “The Triumph of King Freak (A Crypt of Preservation and Superstition)” that seems to get into stride. Thunderously heavy (and testament to John 5 being one of the finest guitarists there is) it sees Zombie screaming about “exploding in a sonic boom” , and that’s how this feels.

Everything here, in honesty, has to bow down to “The Ballad of Sleazy Rider”. Rob from the top draw. Right up there with the best songs he’s ever done – and I’ll wager right now that whether you like Zombie or not has its litmus test here. The pay off line is “an out of space motherfucking boogie man”. Now, you’re either going to sign up for the ride, or think he’s talking crap.

Rob ain’t fussed either way. “Shadow of the Cemetery Man” makes a stomping glam anthem out of…..well I don’t know, frankly. What I do know is it sounds like Alice Cooper.

Produced by Zeuss (who has worked with all kinds of artists and gets Clutch bonuses here at MV), it sounds massive, but more than that, it sounds like Zombie with the shackles off. That’s truly terrifying, until you consider that “18th Century Cannibals, Excitable Morlocks and a One-Way Ticket on the Ghost Train” basically sounds like an episode of the Wacky Races being played to Lucifer’s kids.

“The Eternal Struggles of the Howling Man” dials up the punk  – and shows Wednesday13 how shit gets really done, there’s even something of an acoustic interlude (not really sure why didn’t like to ask) “The Satanic Rites of Blacula” is more straightforward, in that its rock n roll has a blackened heart.

“Shake Your Ass-Smoke Your Grass” sounds like a mission statement, but finds something primal and funky in the swamps, “Boom, Boom, Boom” does the half spoken, lurking in the shadows thing that he’s always done. It’s roots are in blues, but it isn’t Joe Bonamassa – unless JB is tripping on bad acid these days, wittering about “witches sliding up the broom”.  “Get Loose” finds the old, classic White Zombie sound perfectly (and adds some eastern flavours for grins) while even for the most surprising and diverse album of Zombie’s career “Crow Killer Blues” still gives pause for thought. A full on Paradise Lost style doom freak out. It seems to have been added because everyone thought they should do the heaviest song Rob Zombie has ever done.

An album that seems to have been made with intention of trying as much new stuff as possible, while still staying true to himself, “The Lunar Injection Kool Aid Eclipse Conspiracy” is genuinely incredible on every level.  Will it get him any new fans? Who knows, will long time fans love it? Oh god, yes. Rob Zombie hasn’t sounded this vital or invigorated, in years and years.